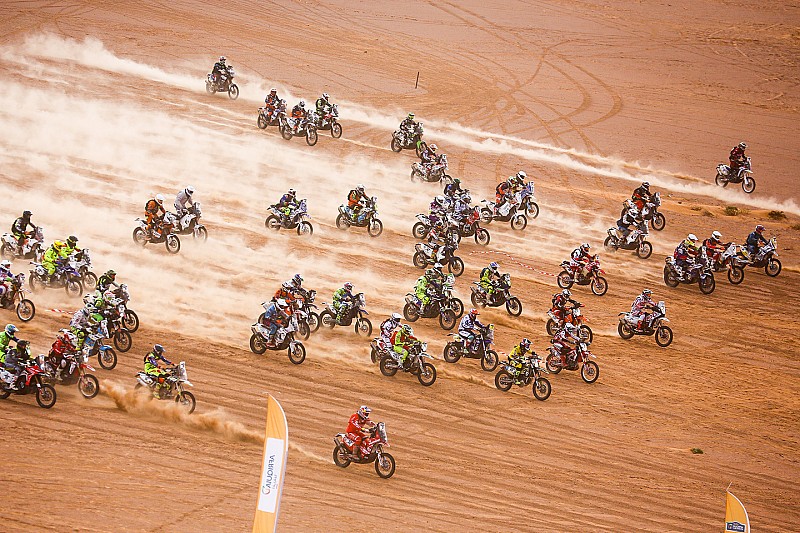 Yamaha’s Xavier de Soultrait claimed the final stage of Merzouga Rally to seal his overall victory on the Cross-Country event in Morocco.

He won the last stage (50km in the dunes) by only few meters against Joaquim Rodrigues (Hero).

Following an in-line start, a group of more than 20 riders was formed from the first moments. After the long descent from the dunes, a dozen bikes were still closely-matched at the finish, where De Soultrait passed through first with a three-second advantage over Rodrigues.

Three seconds behind him was Ivan Cervantes (HIMOINSA), with Joan Pedrero (Sherco) returning to be among the top five despite his shoulder injury, ahead of Gerard Farres.

De Soultrait was accompanied on the overall podium by Farres, who finished 13m07s behind and a sensational Franco Caimi, at 22m31s, on his Yamaha debut after leaving Honda South America.

“Today's stage was run in deep sandy dunes,” said De Soultrait. “I had a good start and then gradually battled my way to the lead.

“Navigation was quite straightforward in the beginning, but got trickier as we were getting close to the finish. I managed to stay focused and avoided mistakes.”

In the Dakar Challenge, which gives a free registration for Dakar 2018, Polish rider Maciej Giemza snatched the privilege from Oriol Mena by 13m36s.