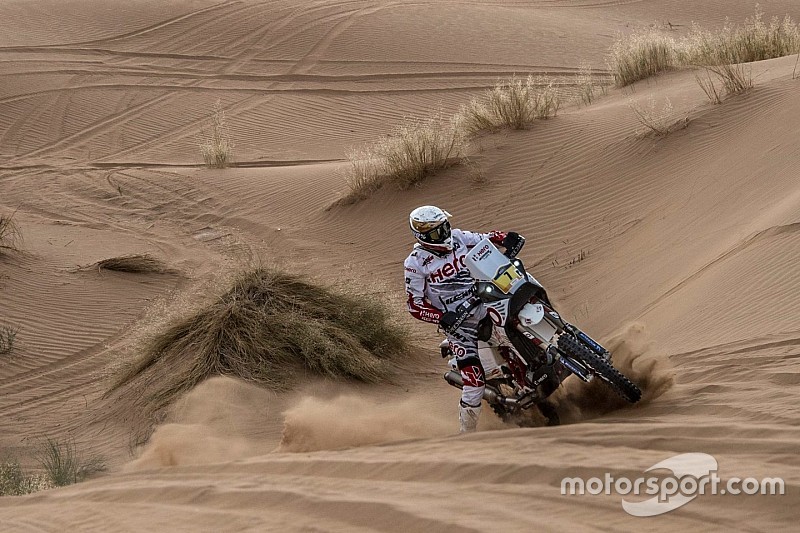 Hero and Sherco TVS teams started the Merzouga Rally on a strong note, with both the Indian manufacturers having one rider inside the top 10 at the end of stage 1.

Sunday’s opening stage comprised of a short 84 km loop in the sandy dunes of Morocco, with 41 km of timed distance. In addition to the main stage, there was a 2 km prologue section that kick started the rally.

Hero’s Joaquim Rodrigues topped the Prologue stage, before setting the fifth fastest time in Stage 1. With a total time of 34m04s, he heads into Monday’s Stage 2 in fifth place overall.

“Today we had a really good start to the rally,” he said.

“We won the prologue, which was my first stage win at the Merzouga Rally, so it was a really good feeling. In the first special stage, I started first and opened the tracks and lost some time to the guys coming behind of course.

“In the end, we got to a good position for the next stage. Tomorrow we go to the desert and the dunes, so I hope I can keep up the way things are going now and reach to the last day in a good position."

India’s only Dakar finisher CS Santosh marked his return to competitive rallying with a 16th place finish aboard Hero’s other Speedbrain 450 bike.

“We had a good day today with 2 stages – prologue and the first special of 41 km,” Santosh said.

“I had a small tip over in the prologue and finished 17th. Started the first stage then and looking at a top 20 finish, which is a good start.

“I feel it is going to be a tough rally but the feeling is really good with the bike and I am also better prepared than last year. I am really looking forward to see how the next five days are going to play out.”

Over at Sherco TVS, Juan Pedrero led the charge for the Chennai-based manufacturer, finishing seventh overall with a time of 35m30s.

Adrien Metge nearly missed out on a top 10 slot, despite finishing only 25 seconds adrift of his Spanish teammate in 11th.

Aravind KP, the only other Indian to take part in Dakar, was 20th quickest on Sunday, while Abdul Wahid was classified a lowly 84th after incurring a hefty 15-minute time penalty.

Wahid is making his international debut in Merzouga, having won a scholarship for his performance in the second edition of India Baja earlier this year.

He is also due to become India’s third Dakar rider next year in South America.