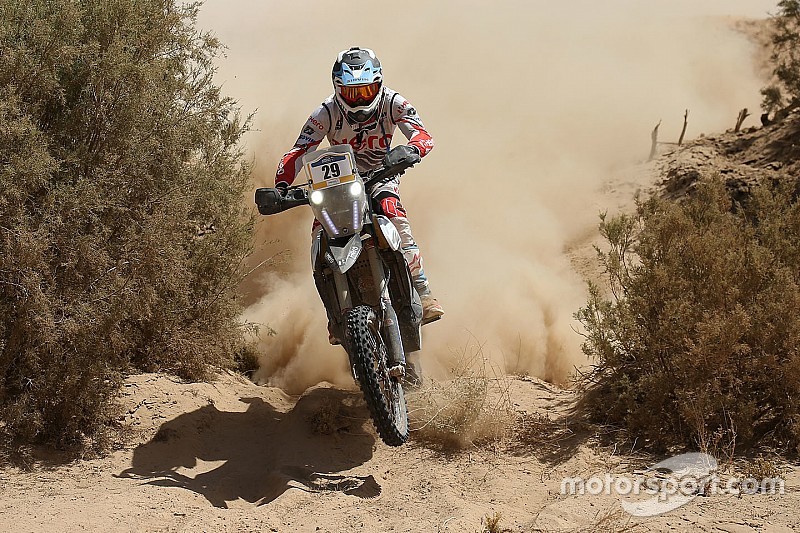 Joan Pedrero ensured a top 10 finish for Sherco TVS in the 2018 Merzouga Rally, while India’s CS Santosh was classified 19th after the final stage on Friday.

Riding Sherco TVS’ RTR 450, Pedrero could only manage the 15th fastest time of the day, 3m01s down on stage topper Pablo Quintanilla. However, his previous results were enough to secure 7th spot in the overall rankings.

Lorenzo Santolino was Sherco TVS’ star rider of the day, setting the fourth quickest time to move up to 31th in the classified order.

The Spaniard, who competed on Indian soil for the first time last month, had lost a heap of time in stage 4 after running inside top 10 for much of the rally.

Over at Hero, Santosh ended the day in 30th position, but was able to retain 19th spot in the overall standings.

"I am really glad to have finished the Merzouga, as I was a little worried after the crash I had at the Desert Storm," he said.

"Overall I think I made fewer mistakes this year and improved a lot in my speed and navigation, so it’s been a good learning experience for me.

"The bike and the team have been fantastic and helped me get the bike home every day. Now I will look to build upon this experience for the next races to come.”

Victory for Can-Am at the Afriquia Merzouga Rally