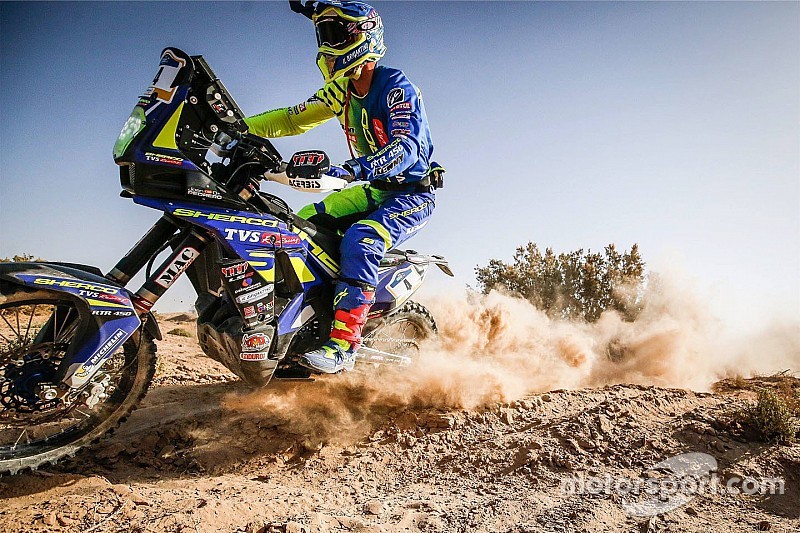 The second stage ran for 175 km in the Erg Chhabbi region of Morocco, and tested both physical and navigational skills of the competitors.

Sherco TVS star Joan Pedrero set the eighth fastest time of the day, 11m29s down on stage topper Kevin Benavides, to end in the same position in the general classifications.

Rookie Duplessis Diego Martin was one of the biggest gainers of the day, clocking the ninth quickest time to propel himself to 10th in the overall standings.

Vanni Cominotto, the last of Sherco TVS’ four-strong rider line-up, finished 24th to move up to 26th in the overall order. 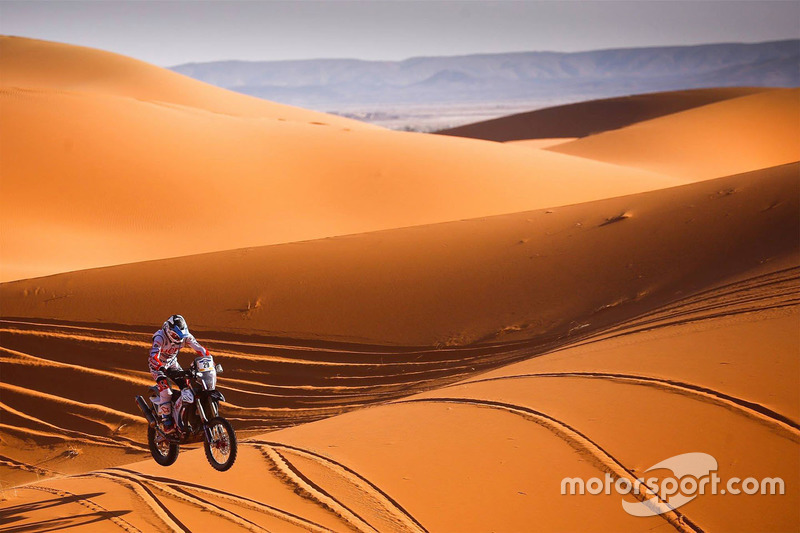 He is currently classified 21st in the combined timseheets, while Mena dropped from 11th to 19th due to the aforementioned incident.

“The first part of the stage was good for me as I raked up a good rhythm and speed in the dunes," Santosh said.

"In the second part I got lost a bit in the dunes and then later in the riverbed trying to find a waypoint, so lost some time there.

"Overall I rode well and am happy that I was able to help Mena, who got stuck in a dune, to start again and get both the bikes home. I am looking forward to the Marathon stage.”