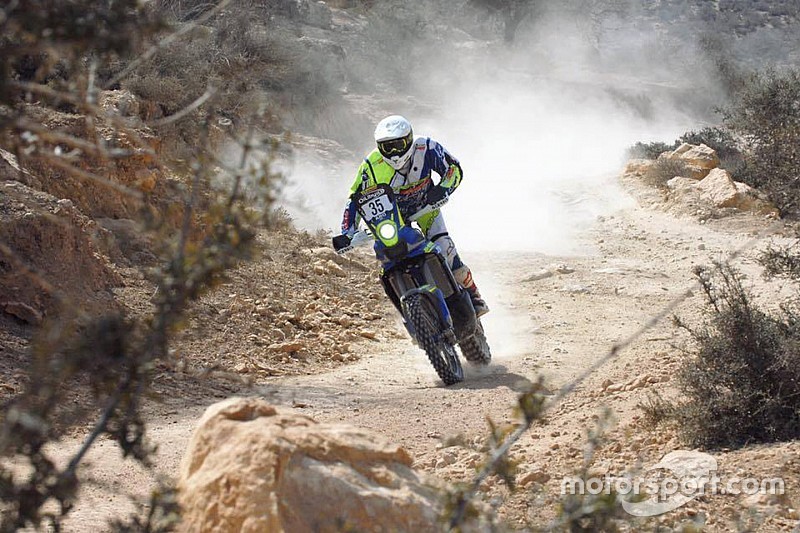 Thursday’s penultimate stage featured the longest timed section at 319 km in the Erfoud Loop, but the overall distance was significantly lower than the marathon stages.

Riding a RTR 450 bike, Aravind set the 32nd fastest time of the day, falling to 28th overall, after incurring 20 minutes of penalty during the day.

Meanwhile, teammate Joan Pedrero also lost a position, but continued to maintain his top 10 slot in the overall standings

The other two TVS Sherco riders, Adrien Metge and Lorenzo Sanchez Santolino - who is competing in the Enduro Cup category - finished 12th and 13th respectively.

Meanwhile, Hero’s Santosh resumed his run after an unfortunate retirement in Leg 3, setting the 29th fastest time of the day.

However, since the Indian failed to finish Wednesday’s stage with technical issues, he is classified down in 62nd position. During the course of the day, Santosh managed good pace but was handed a 14 hour 15 minute penalty.

"Due to yesterday's result I was way down the starting order and it was obvious that this will make my ride more difficult. There was a lot of traffic and dust,'' he explained.

"I still started to pick up competitors alright but 120 kilometres from the finish the first cars came and passed me. Then it becomes really hard, you even have to slow down until the dust settles."

His teammate Joaquim Rodrigues encountered some troubles on the sister Hero Speedbrain bike, slipping down to 18th place in the overall standings.

"Today's stage was a little complicated,'' he said. "After 50 km there were a lot of rocks flying around. One rock hit my water hose and the bike started to lose water.

"As a result the engine delivered less power and I had to nurse the bike over 250 km to the finish with no coolant whatsoever."

At the front, KTM’s Sam Sunderland emerged as the new leader after Toby Price lost 16 minutes in Thursday’s stage, dropping to second in the standings.