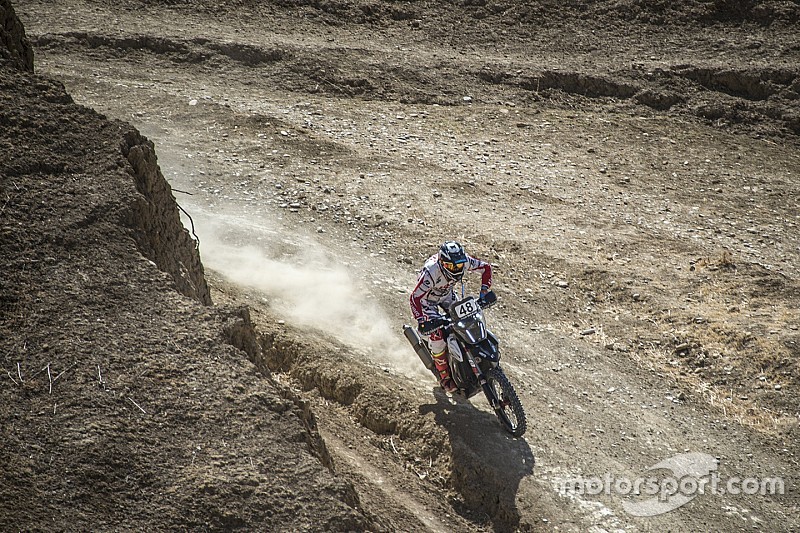 The TVS Sherco and Hero Motorsports teams enjoyed a good outing in the first stage of the Oilibya Rally of Morocco on Friday.

The top-placed among the Indian manufacturers was Juan Pedrero, of TVS Sherco, in eighth place.

The next best was Hero’s Joaquim Rodrigues in the 10th spot.

Rodrigues’ teammate CS Santosh was placed 18th, while the other TVS riders Adrien Metge and KP Aravind were 12th and 20th respectively after the opening day’s action.

Stage 1 was from Fèz to Erfoud and it is a rocky route including valleys, stony sections and river beds.

Rodrigues said: "It was a long day with a very long stage. I made two mistakes trying to find hidden waypoints so I really lost a lot of time.

“I rode well in the second part, riding a good speed and navigating well. I had a small crash over some rocks and hurt my arm a little bit.

“Overall, I am happy with today and ready for the next stage," he added.

Santosh said: "The first stage is in the books after starting super early in the morning. We did many kilometres of liason.

“The stage was fast and you had to pay attention to the roadbook. I eventually found my rhythm and guess I did a good job.

“A decent day for the first stage of the rally. We build from here and carry on forward,” he added.

This event is part of the FIM World Cross Country Championship.