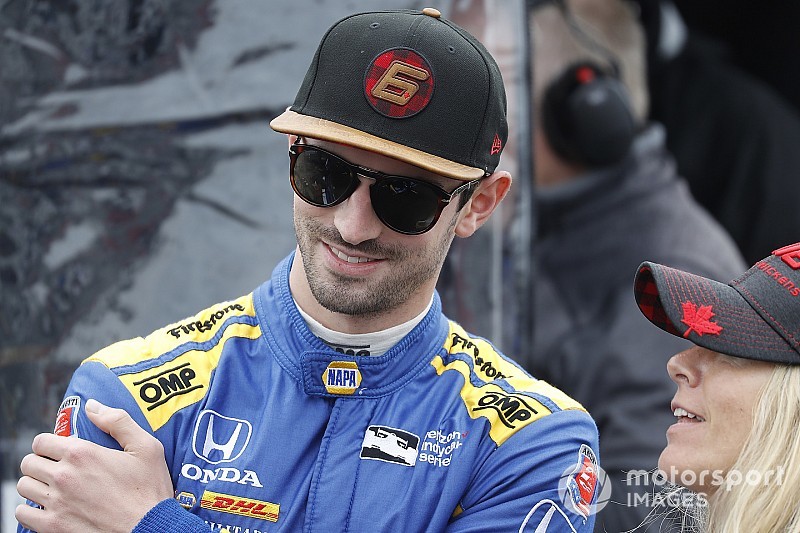 Alexander Rossi has been involved in an incredible near-miss while competing in the Baja 1000.

The 2016 Indy 500 winner and 2018 IndyCar championship runner-up encountered a road-going Jeep travelling in the wrong direction on a live stage during the desert race, his Honda Ridgeline jumping so close to the unexpected commuter that he wiped off the Jeep's wing mirror.

Early reports suggest Rossi didn't even know it had happened until he reached the service park and was shown the spectator's Instagram video, taken by @k_whyle, by his Honda Performance Development crew.

The wild Baja moment follows yesterday's controversy at Rally Australia, after Andreas Mikkelsen was held up by a tractor in the middle of a live stage.

Watch the wild Rossi moment below: