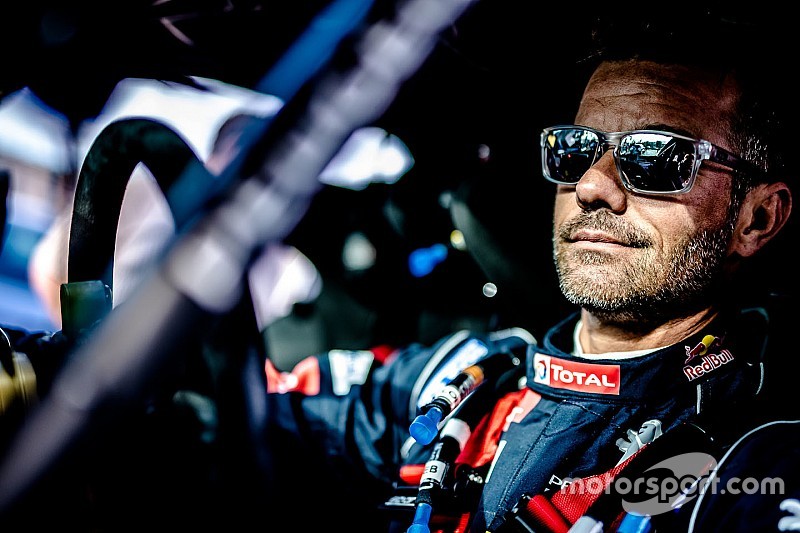 On the eve of the rest day, the 8th stage to Urümqi, the capital of the autonomous region of Xinjiang, saw wins by Sébastien Loeb (Peugeot 3008DKR Maxi n°104) in the car class and from Dmitry Sotnikov (Kamaz-Master) in the trucks. With 6 stages left to run, before the finish in Xi’An, the two leaders of the 2017 Silk Way Rally continue to strengthen their positions.

One day is starting to look very much like another for Sébastien Loeb and Daniel Elena (Peugeot 3008DKR Maxi n°102) who took advantage of this 8th stage to win their 4th special and reinforce their overall lead going into the rest day. If they don’t actually start first on the road it doesn’t usually take long for them to get to the front of the pack…

Passing Despres and then Menzies today, on reaching the finish line, ‘Mr 50%’ beat his team mate by 5m06s and the American by a whole 13m57s.

Stuck in the traffic and dust, over this often bumpy track, Peterhansel, who started 15th on the road this morning, finished in 4th giving away just under 15 minutes.

The Saudian driver Yazeed Al Rajhi (MINI John Cooper Works n°102), rounds out the day’s top 5 at 16m49s. With a lead of 1h08m41s overall over Despres and 1h48m32s over Menzies, Loeb and Elena can look forward to next week’s racing in the Chinese dunes with plenty of confidence.

Despres is also in a reasonably comfortable position, but behind him the fight for the third place is going to be a close one, with Menzies, Han Wei (Geeley SMG Buggy n°107) and Lavieille (Baïcmotor n°108) separated by less than10 minutes.

Trucks: Sotnikov from beginning to end

Dmitry Sotnikov (Kamaz-Master n°303) also showed total mastery of his subject. Starting first, the overall leader of the truck class was momentarily threatened by his team mates Nikolaev and Mardeev. Until that is, they got to the soft dunes. Sotnikov made it through unhindered to take his third win, while his fellow Kamaz drivers had a less clear run.

Untouchable from beginning to the end in his new truck, the Russian finished 01m52 ahead of Mardeev and 04m59 in front of the Czech Kolomy.

No special this Sunday, with the entire 2017 Silk Way Rally enjoying a well-earned rest in Urümqi, the capital of the autonomous region of Xinjiang. A late morning for the drivers but lots of work for the mechanics to get their vehicles ready for the last 6 stages of this 2017 Silk Way Rally.