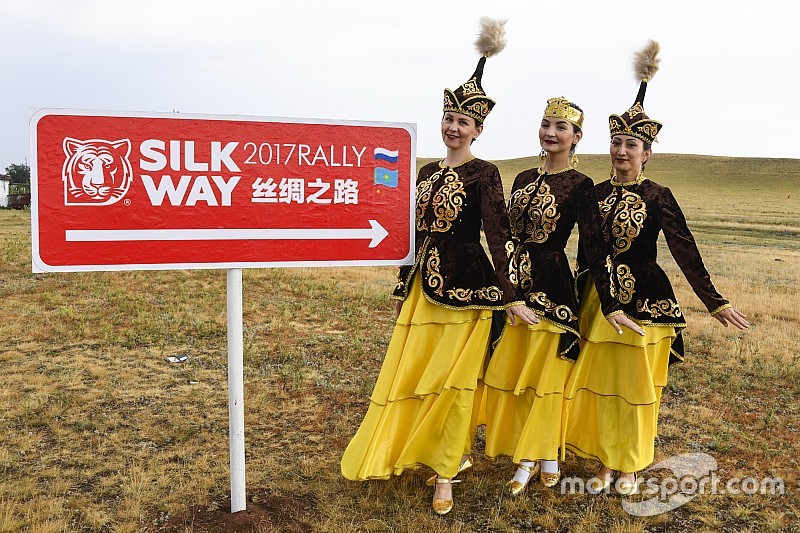 As dawn breaks on the Xinjiang region’s capital, the huge Exhibition Centre, the rally HQ for two days, slowly come to life on the 2017 Silk Way Rally rest day.

For many it is a chance to take a break, but at the bivouac the organisers and the mechanics are already working flat out, as the race crews take time to prepare their strategies for the second week.

Over at the factory teams they are religiously working through detailed check lists, while for the amateurs, with less means, it is more a case of doing what has to be done to make sure the vehicle has a chance of getting to the final finish. The first week saw the competitors cover nearly 5,600 kilometres and there was never a dull moment. With more than 4000 kilometres still to go anything can happen… Xi’An is still far away.

1. How did this first week of the 2017 Silk Way Rally go from a sporting point of view?

“First of all I’d like to underline the fact that despite the difficult weather conditions we raced every kilometre of the planned route, both in Russia and in Kazakhstan.

Sportingly we’ve had a tough battle.

In the cars Peugeot’s domination has been confirmed. The struggle within the team was decided by Stéphane Peterhansel’s accident, almost at the same place as last year. And then Loeb and Elena have shown that they’ve made considerable progress in the last 12 months. The difference between the cars is mainly down to tyre development, with the 4x4s left behind by the buggies in this area. In the trucks we’ve seen that Kamaz’s rivals have had the intelligence to wait for the more rolling desert stages.”

2. What can the competitors expect on the second week to Xi’An?

“We will be getting into real rally-raid terrain with the first dunes right from tomorrow morning. Apart from two transition stages, without big dune crossings, there’ll be sand and dunes every day, with two huge stages in the Gobi desert. In one week the competitors will encounter all the typical types of terrain that fans of the discipline love. The high-point will without doubt be on Thursday between Jiayuguan and Alxa Youqi. The stage the day after to Zhongwei will be the most photogenic, though not quite as tough.”

3. Who are the favourites for final victory in the car and truck categories?

“In the cars I have been particularly impressed by the best Chinese drivers. They have been really competitive and now we are coming onto their home ground. I could easily see one of them winning a special… As far as the overall is concerned, Sébastien Loeb has the double advantage of being an hour ahead of Despres and having the latest version of the car, which will be even more useful on the terrain the competitors will encounter in the next week. And like Despres, he will benefit from rapid assistance provided by none other than Peterhansel. In the trucks I’d naturally bet on the Kamaz. My favourite is Anton Shibalov who is currently second, just over 2 minutes behind Sotnikov. I hope that the Tatra of Kolomy, the MAZ of Viazovich, and maybe the Iveco of De Rooy could also get in amongst them.”

On the rest day programme: a mini-football tournament and radio-controlled model car Grand Prix where the different teams and organiser’s departments entered their ‘champions’. A car wash to the pumping sounds of the rally’s resident DJ kicked off the evening, where everyone came together for a Spritz, a Ginger Vodka or Moscow Mule on offer at the Tiger Bar.

For the more culturally inclined, on Sunday evening some 200 competitors, journalists and organisers are expected at the Urümqi opera.