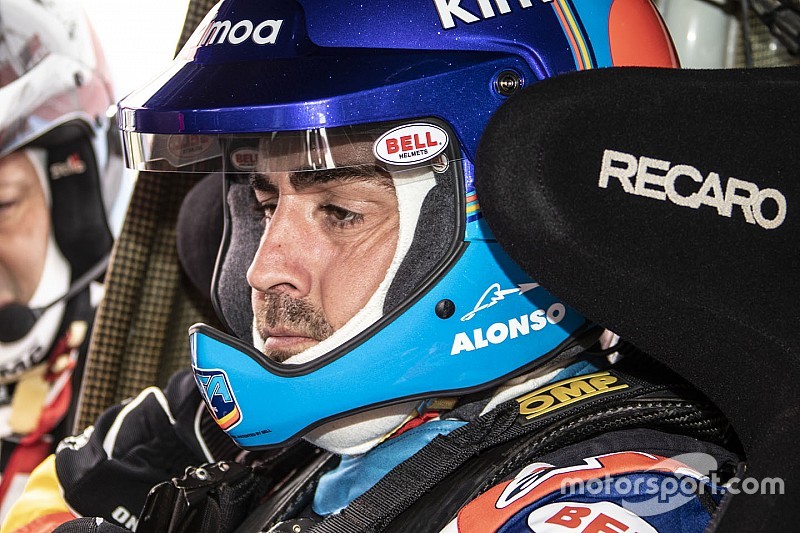 Two-time Formula 1 champion Fernando Alonso says climbing the Namibia dunes for the first time with the Toyota Hilux was “shocking”, as his preparation for a potential Dakar debut in 2020 began in earnest.

Alonso has been testing the Hilux in Namibia since Tuesday, following Toyota’s announcement that the Spaniard would embark on a rally-raid initiation programme with the view of making his debut in motorsport’s most prestigious cross-country marathon.

The 38-year-old ex-F1 star had already trialled the Hilux in the Kalahari Desert back in March, but has been given much more complicated terrain to navigate for the current four-day test.

It has also served as a first rehearsal of authentic rally-raid conditions for Alonso, as the Spaniard was given open terrain to navigate using a roadbook by his Toyota Gazoo Racing team.

During the course of the test, Alonso has been tasked with climbing Namibia’s famous Dune 7, which stands at a height of over 380 metres.

“It has been a very interesting experience to climb the big dunes here in Namibia for the first time,” Alonso told Motorsport.com.

“They were probably a bit shocking at the beginning, and had to be approached with a lot of respect. They require a refined technique that I don't yet have, and we were having to get out of some trouble that I was getting into from time to time.”

In the Namibia test, Alonso has been accompanied by Giniel de Villiers, fellow Toyota driver and 2009 Dakar champion, as well as five-time Dakar winner in the bike class Marc Coma.

“The feelings are good because everything we have done so far have been always very controlled tests, following a roadmap that’s marked well thanks to the experience also of the team, who knows at all times what we should be facing.

“I’m trying to walk before I run, and am making little by little progress and gaining confidence. So far, so good.

“Thanks to the team, to Giniel, to my teammate, to everybody, because we’re trying to make progress as quickly as possible and to hopefully have fewer scares with each next run.”

Coma – who was Dakar’s rally director for the past several editions - looks set to serve as Alonso’s co-driver for the foreseeable future, although he would need dispensation from his current employer KTM to join the F1 champion for the Dakar.

The next step in Alonso’s rally-raid preparation after the current Namibia test will be the Harrismith 400, the September 13-14 round of the South African Cross Country Series.

Alonso will have a trial run of the route prior to the start of the event, and will then tackle it again during the rally-raid itself, albeit out of competition.