Alonso adamant he has "nothing to prove" on Dakar

Fernando Alonso insists he has "nothing to prove" as he gears up for his first attempt at the Dakar Rally, which kicks off on Sunday.

The two-time Formula 1 champion and Le Mans 24 Hours winner will make his first start in the legendary cross-country event at the wheel of a factory-supported Toyota Hilux, after months of preparations with the Japanese manufacturer.

He goes into the Dakar boosted by a podium finish in the recent Ula-Neom Rally, which followed more troubled outings in the Lichtenburg 400 and the Morocco Rally.

Despite his limited rally-raid experience, Alonso said he feels there are "high expectations" of him during Friday's pre-event press conference, and was keen to point out that "in this discipline there are great drivers, brands, legends".

"I do nothing to prove anything, I do it for fun," he added. "If I can make a good Dakar and be fast in cross-country or rally cars of this type, I would have little more to prove.

"Let someone else win everything I won and then be fast in cross-country...

"I do not come for publicity, I do not need it. I would have more fun in another discipline where you are more in your comfort zone. This is something totally new and outside of your control." 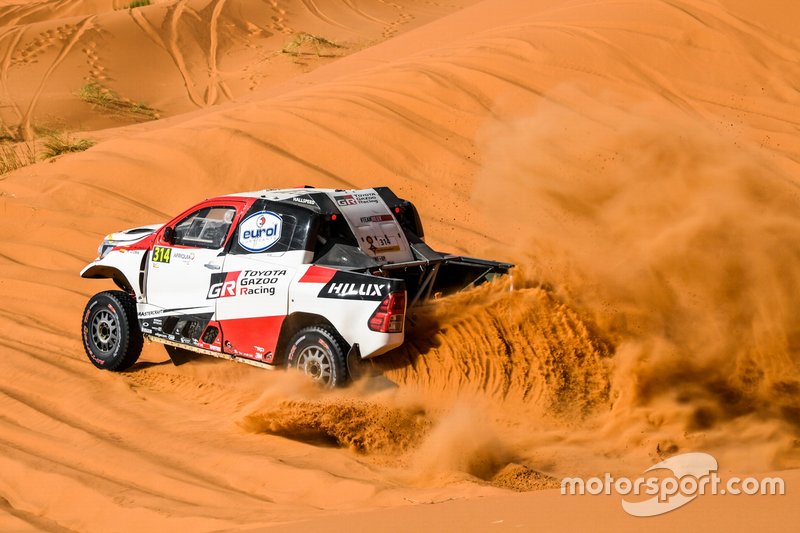 Alonso named Toyota teammate and three-time Dakar winner Nasser Al-Attiyah as the favourite to triumph on the event's first visit to Saudi Arabia.

"My favourite for this Dakar is Nasser," said the Spaniard. "He has the car at his disposal and knows this area of the world. Yazeed [Al Rajhi] will also go very fast.

"Then there are Carlos [Sainz Sr] and [Stephane] Peterhansel. They are the fastest. But all they were also in Morocco and [Giniel] de Villiers won. This discipline is like this."

Quizzed on his own objectives, Alonso said: "It depends on the difficulty of the rally. In terms of pure pace, between 10th and 15th would be logical. But if this Dakar is hard and I can get through it, it is easier to gain positions.

"This will not be known until several stages have been completed. I have to pass the first two without incident. From there it will be easier to set [specific] goals.

"The main objective is to try to finish. After all, I would like to reach the end and be able to say that I have finished a Dakar." 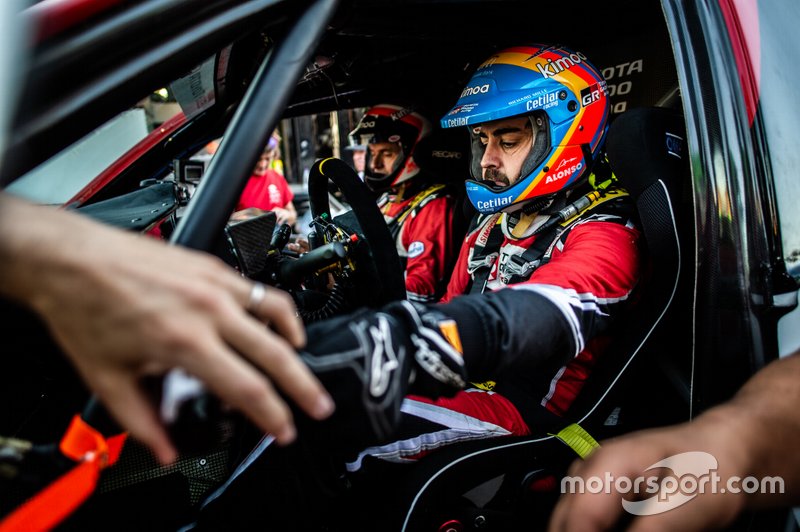