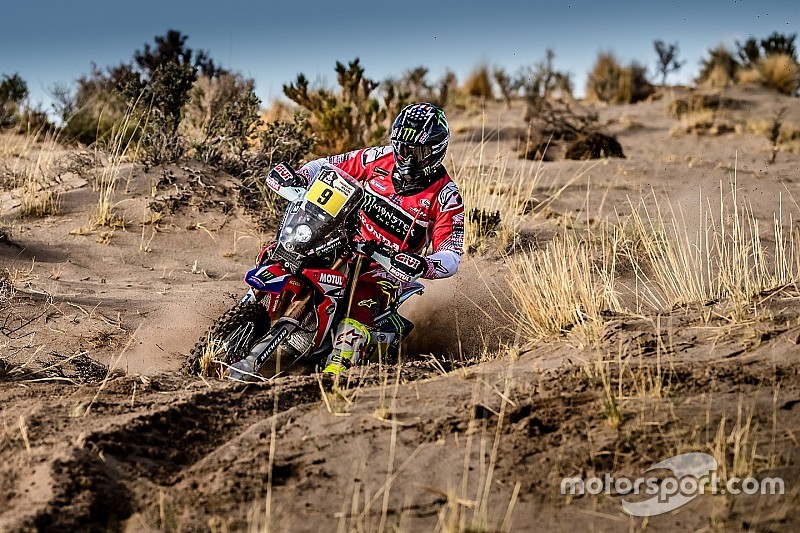 Ricky Brabec kicked off the second week of the Dakar Rally by becoming the sixth different winner in the bike class in as many stages, narrowly beating Paulo Goncalves.

After event organisers shortened stage five and cancelled the subsequent run due to poor weather, the Monday test was also modified, as it became a combination of the planned sixth and seventh stages.

Brabec, who started the day in 21st pverall, nearly two hours adrift of leader Sam Sunderland, was 1m44s in the clear by the finish, the American taking his first ever Dakar stage win.

His closest challenger was Honda teammate Goncalves, who gained one position to sit eighth in the overall classification.

The Chilean was ninth on the stage, as top Yamaha rider Adrien van Beveren and KTM privateer Gerard Farres, third and fourth overall, followed him in 10th and 11th respectively.

Matthias Walkner (KTM) and Xavier de Soultrait (Yamaha) continue to complete the top six, who are still within 40 minutes.