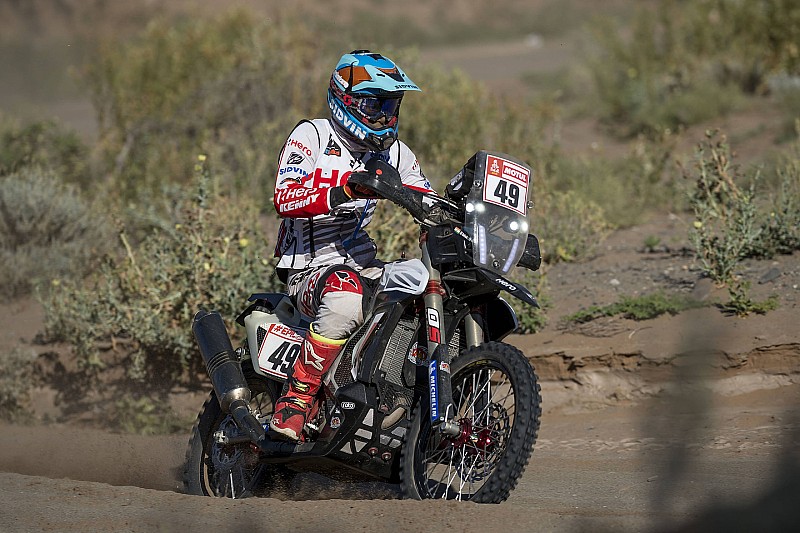 Hero’s CS Santosh consolidated his position in the penultimate stage of Dakar Rally, as Sherco TVS’ Joan Pedrero finished fifth to bring down the deficit to Oriol Mena.

The 13th stage of the two-week marathon ran from San Juan to Cordoba, with riders covering a total distance of 907 km including a timed section of 424 km.

Santosh, who has been making steady progress since his Stage 3 troubles, set the 33rd fastest time of the day, 1hr07m52s down on stage topper Toby Price (KTM).

With this result, he makes a marginal improvement from 34th to 33rd in the overall standings with only Saturday’s final stage still to run.

“Today was the last big stage of the Dakar with long liaison and long special,” he said. “You think it is going to get easier in the last day but it doesn’t.

“The first 100 kms were so hard but the second half was really nice and fast. I had a lot of fun today on my bike, was trying to go as fast I could and enjoy the last day. Tomorrow we bring it home!"

Pedrero, Sherco TVS’ sole surviving rider after retirements for Adrien Metge and India’s own Aravind KP, was arguably the star rider of the day, putting on a gritty performance to finish in fifth position.

Following his best result of the rally, he has jumped from 14th to 11th in the overall classifications and closed the gap to Hero’s Mena to just over 17 minutes.

The Spanish rookie himself gained two places to move up to eighth in the general order, but will have to starve off a threat from Pedrero in the final stage of the rally.

“It was a good day today for me. I rode really safe today so no crash or mistakes made,” Mena said. “I want to thank my teammates who have been working really hard for me over the last couple of weeks.

“My rankings have been improving and I am first in the rookie class as of now but we will see the final results after tomorrow’s finish. Important thing is to make it to the finish line at Cordoba tomorrow”