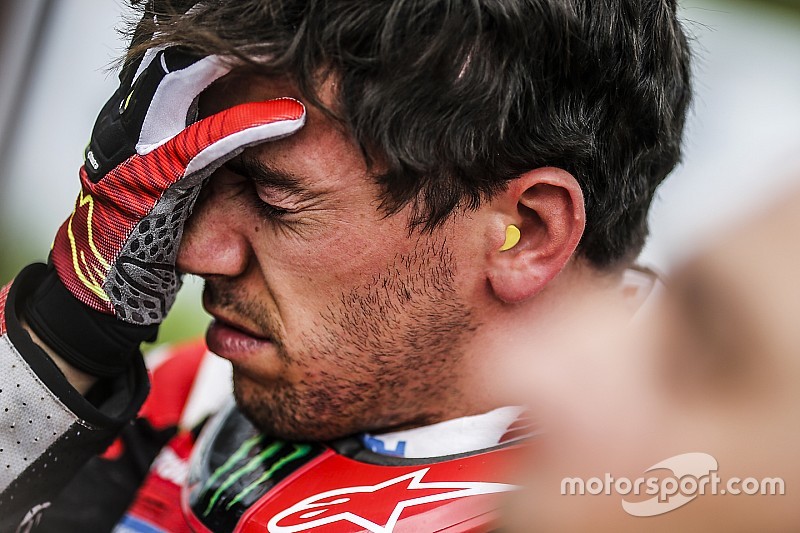 Dakar 2017 bikes leader Joan Barreda is among the three Honda factory riders who are to have an hour added to their times following Thursday's stage.

The Spaniard ended the day with an 18-minute gap over his nearest rival, Husqvarna's Pablo Quintanilla.

However, Barreda, along with teammates Michael Metge and Paulo Goncalves, was found to have refuelled in a prohibited zone during the Jujuy – Tupiza test.

The organisers have stated they are also looking into the data for Honda's fourth factory rider Ricky Brabec.

Honda can appeal the decision, although the insistence from Dakar representatives was that the offense had been clear cut.

Barreda's penalty promotes Quintanilla to the lead of the rally, with the Spaniard demoted to ninth, 41 minutes off the lead.

Matthias Walkner, Stefan Svitko and Sam Sunderland are set to start Friday's stage as Quintanilla's nearest rivals, the former pair having passed Sunderland in the standings after times were adjusted.

Sainz explains crash: “I was pushing to recover lost time”