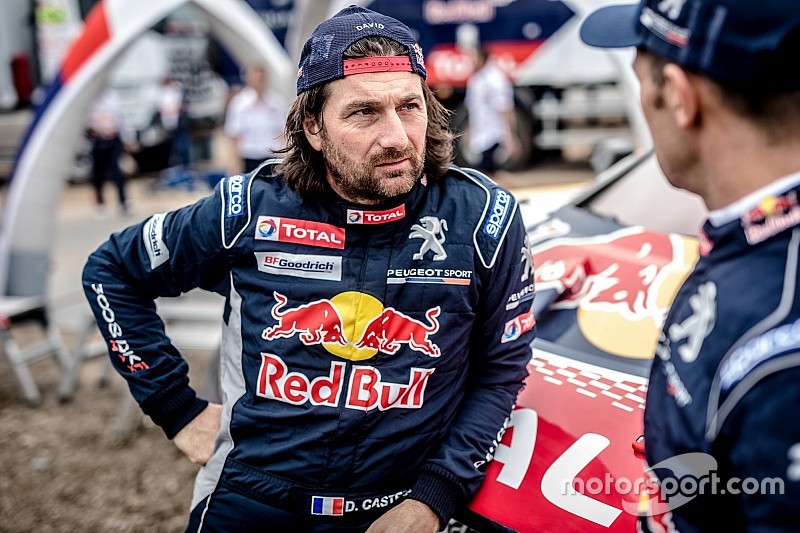 Long-serving Dakar Rally director Etienne Lavigne has stepped down from the role, with David Castera taking the position instead.

Lavigne, who has been part of the marathon's organisational team since 1992, has held the spot of rally director for the past 15 years.

He will remain part of Dakar promoter Amaury Sport Organisation, but will be moved to a different position.

His replacement Castera had a 10-year tenure as the Dakar sporting director before Marc Coma took over in 2016. Coma departed from the role two years later, and it currently remains unfilled.

A former Dakar podium finisher in the bike class, Castera was recently co-driver to Cyril Despres as part of Peugeot's works marathon programme.

He won the Silk Way Rally with Despres on two occasions, and finished on the Dakar podium in 2017.

After Peugeot's withdrawal from cross-country rallying, Castera partnered Stephane Peterhansel at X-raid Mini, and helped him to a brace of stage wins.

However, he suffered a back injury in the penultimate stage of the event, leading to the withdrawal of the crew.

Peterhansel is expected to have his wife Andrea as co-driver for the 2020 race.

Castera's appointment in place of Lavigne comes amid uncertainty over Dakar's South American future, with the event having moved continents from Africa after the threat of terrorism led to the cancellation of the 2008 race.

This year's event was run entirely in Peru, and the relationships between the organisers and various South American governments are believed to have degraded for a variety of reasons – including the controversial disqualification of Bolivian favourite Juan Carlos Salvatierra from the quad class in 2019.

While Dakar could return to a multi-country format in South America in 2020, it is also known that the promoter has been exploring alternatives in the Middle East, as well as a potential return to Africa.