Peterhansel admits Dakar win down to experience, not speed 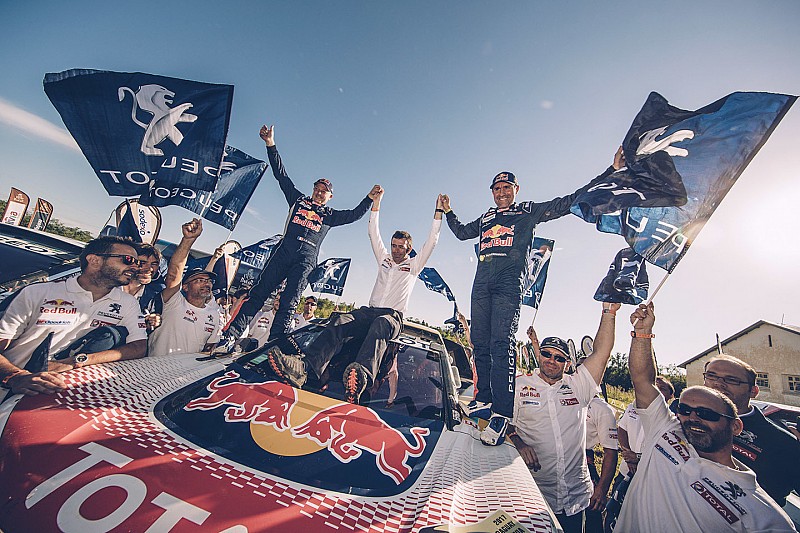 Dakar Rally champion Stephane Peterhansel believes his vast experience was key to his victory over Peugeot teammate Sebastien Loeb, as he felt the WRC legend was faster on pure pace.

Peterhansel celebrated his 13th victory in the event, heading Loeb by 5m13s after the duo spent most of the second week of the rally running close and trading positions.

In Thursday's Chilecito–San Juan stage, Peterhansel set up a decisive six-minute lead over Loeb, and while the WRC legend looked set to draw close during Friday's San Juan–Rio Cuarto test, a puncture for Loeb left Peterhansel with enough of a gap to coast home on Saturday.

“At the beginning of the race I was not sure about this victory, it was a big fight with six-seven drivers, after it was only four - and in the last week it was just the two,” Peterhansel said.

“Seb and I, we fought really strong. In the end, I am the winner, but it's for nothing, a small detail. Probably I won the Dakar yesterday when Seb got a puncture.

“Probably this is the victory of experience, again. Because at some times I knew that I was not fast enough to follow Seb.

Peterhansel went on to praise Peugeot Sport boss Bruno Famin for deciding to against using team orders heading into week two, when the French marque had already established its dominance out front.

“I think the spirit inside the team was really good, Bruno Famin decided no team orders and it was the best thing we had," added Peterhansel.

“It was just fighting between the drivers, with the same car, and just the best driver who won the Dakar. It was big tension to the end, but really nice for us, for sure.”