Dakar Rally legend Stephane Peterhansel has abandoned ambitions of contesting the rally-raid with his wife as his co-driver next year.

Last year, Peterhansel and former Dakar motorcycle racer Andrea Mayer competed as a duo in the FIA Cross-Country World Cup, and were crowned champions driving for the X-raid Mini team ahead of a planned assault on the Dakar together last January.

But in medical examinations prior to the Saudi Arabian event, Mayer was not given the go-ahead by doctors and Peterhansel had to compete with a new co-driver, Paulo Fiuza.

Despite the difficulties of communicating in English, the pair finished third, less than 10 minutes behind winning duo Carlos Sainz Sr and Lucas Cruz.

Peterhansel had been hoping to gear up to take part with in next year's Dakar with Mayer, but the global COVID-19 pandemic has caused many rally-raid events to be cancelled, most notably the Morocco Rally in October that traditionally serves as the warm-up for the Dakar.

It means the World Cup has been reduced to just the Qatar Rally, which took place at the end of February, and the Abu Dhabi Desert Challenge (November 20-26), while the FIA Baja World Cup now comprises just three rounds in Russia (held at the beginning of February), Poland (September 4-6) and Portalegre (November 5-7).

With a lack of adequate preparation time, Peterhansel has decided to put an end to the project with his wife and will return to action after eight months out in this weekend's Baja Poland with a new co-driver in the form of Edouard Boulanger.

Due to the narrowness of the roads in Poland, Peterhansel and Boulanger will compete in an old-spec MINI ALL4 Racing, while their teammates and six-time event winners Krzystof Holowczyc and Lukas Kurzeka will use a MINI John Cooper Works 4x4.

"At the Baja Poland I will start with a new co-driver and unfortunately not with Andrea," said Peterhansel. "At the beginning of the year we had planned to do some rallies together to prepare for the upcoming Dakar, but coronavirus stopped our plans.

"As we now miss the necessary preparation, we decided to stop this project and consider our World Cup title a great finish. Now Edouard will sit next to me - a young Frenchman and great sportsman. I think that we will work well together." 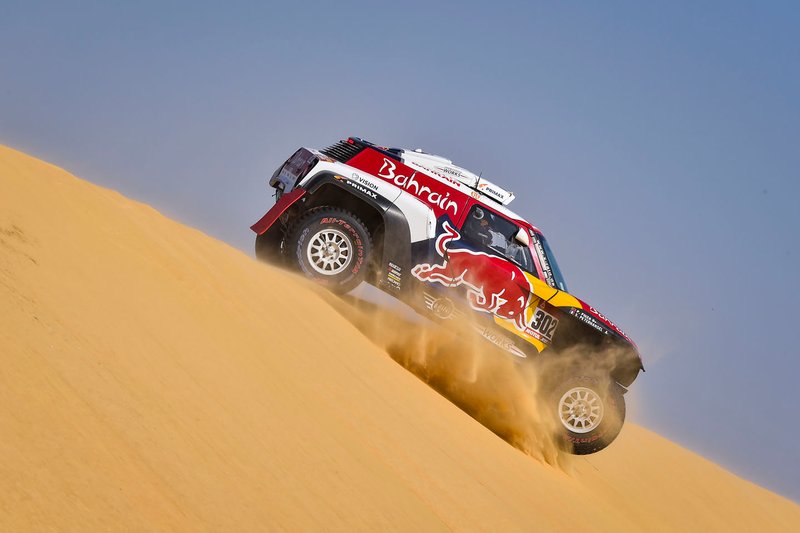