Stephane Peterhansel says his hopes of a 14th Dakar title are 'slipping away' after losing more than 20 minutes on today's sixth stage. 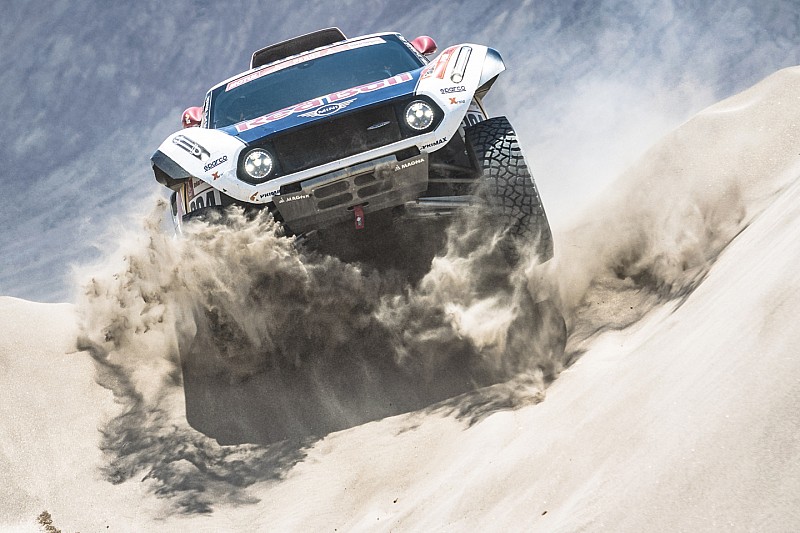 The Mini driver got stuck while turning around to help stranded teammate Nani Roma, the stoppage costing him 22 minutes and dropping him from second in the outright standings to third, 40 minutes behind leader Nasser Al-Attiyah.

Following what he described as a "rookie mistake" on the second stage last week, Peterhansel says a second lengthy delay has left him feeling that victory is almost out of reach.

"Yet another stupid mistake," he told the official Dakar website.

"It wasn't too bad in the first special, until I saw Nani stuck five kilometres from the finish. He didn't signal for help, but after he helped me out two days ago, I felt it was my duty to rush to his aid. As a result, I got stuck in a sand basin and lost 20 minutes.

"It wasn't a mistake, it was a real blunder.

"Victory's slipping away after too many mistakes."

Peterhansel added: "It starts to be complicated, because we made too many mistakes, and every time I make a mistake I lose minimum 15 minutes. Now we are [almost] 45 minutes behind Nasser, it starts to be really complicated.

"Too many mistakes, so I'm not able to be in first place."

While able to recover some of the lost time thanks to impressive speed following the stoppage, Peterhansel said he could have done more had it not been for a tyre inflation issue.

"I was really pissed off after so we went on full attack, and I think we did a really good stage, except in the last 40 kilometres we had a problem with the inflate system," he said. "We changed tyres twice because we lost pressure. We lost six minutes.

"Between these two big problems, we had good speed."

Adding to Peterhansel woes is that leader Al-Attiyah has enjoyed a mostly trouble-free run in his Toyota.

"Since the beginning he was not really fast, fast, but compared to other years he is really constant, no mistakes, and this is a good strategy."

The 2019 Dakar continues with 323 competitive kilometres in and out of San Juan de Marcona tomorrow.