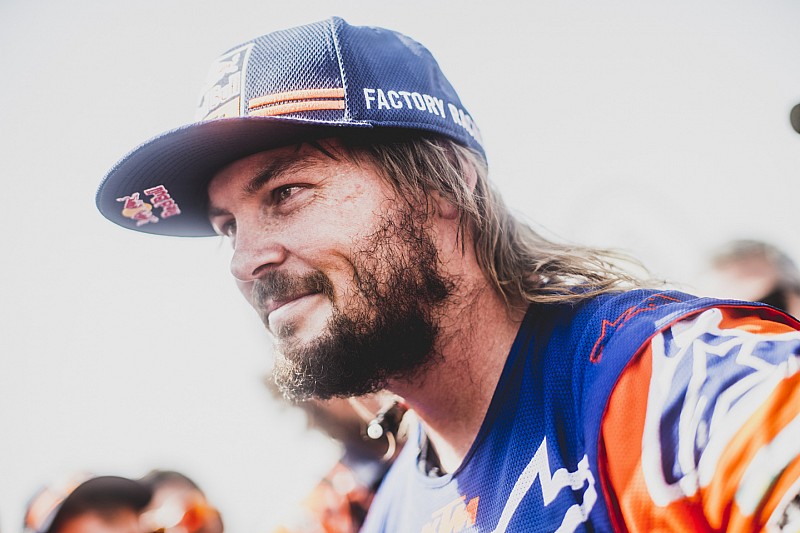 Toby Price will consult with Dr Steve Andrews this week after experiencing numbness in his injured wrist during his two-wheel comeback in Chile.

The Australian returned to the seat of a Red Bull KTM at the Atacama Rally last week, marking his first serious outing since undergoing post-Dakar surgery on his badly injured wrist.

He was competitive throughout the five-stage event, triumphing on the gruelling 300-plus kilometre fourth test.

While satisfied with his performance after eight months off the bike, Price admitted that there's still work to do on the right wrist that suffered a scaphoid break just weeks out from last year's Dakar.

He says he suffered hand numbness during last week's hit-out in Chile, something that he'll consult with Dr Andrews over in the coming days.

"I know I still have more in reserve. It was just about re-adjusting to reading the road book and riding and getting myself sorted," Price told Motorsport.com.

"The body feels good, but I'll go and see Dr Steve Andrews again this week to check some nerve endings and stuff.

"I had a few issues with the hand going numb. It's nothing major at this point, I can definitely ride with it, but it's a little bit uncomfortable."

Price isn't expecting it be any great set-back, however, with hopes still high that he'll be fit for next year's Dakar.

Sainz recommits to X-raid for 2020 Dakar