KTM rider Toby Price leads the 2021 Dakar Rally at the halfway point, while Joan Barreda scored his third stage win of the event so far on Friday's shortened sixth stage.

Cut by 100km to 348km following navigational troubles experienced by some competitors on Thursday, the Al Qaisumah-Ha'il test witnessed a tight battle for honours in the motorcycle class, as the top three completed the stage split by less than a minute.

Despite starting third on the road, Price led the way at the 158km mark, briefly surpassing Honda rival Barreda, but the Australian lost ground in the latter part of the stage.

Barreda saw off late challenges from Yamaha's Ross Branch and another KTM rider, debutant Daniel Sanders, to seal his 27th career stage win by a wafer-thin margin of 13 seconds.

It ties Barreda with his fellow Spaniard Jordi Arcarons for third in the all-time stage wins list for motorcycles behind Stephane Peterhansel and Cyril Despres. 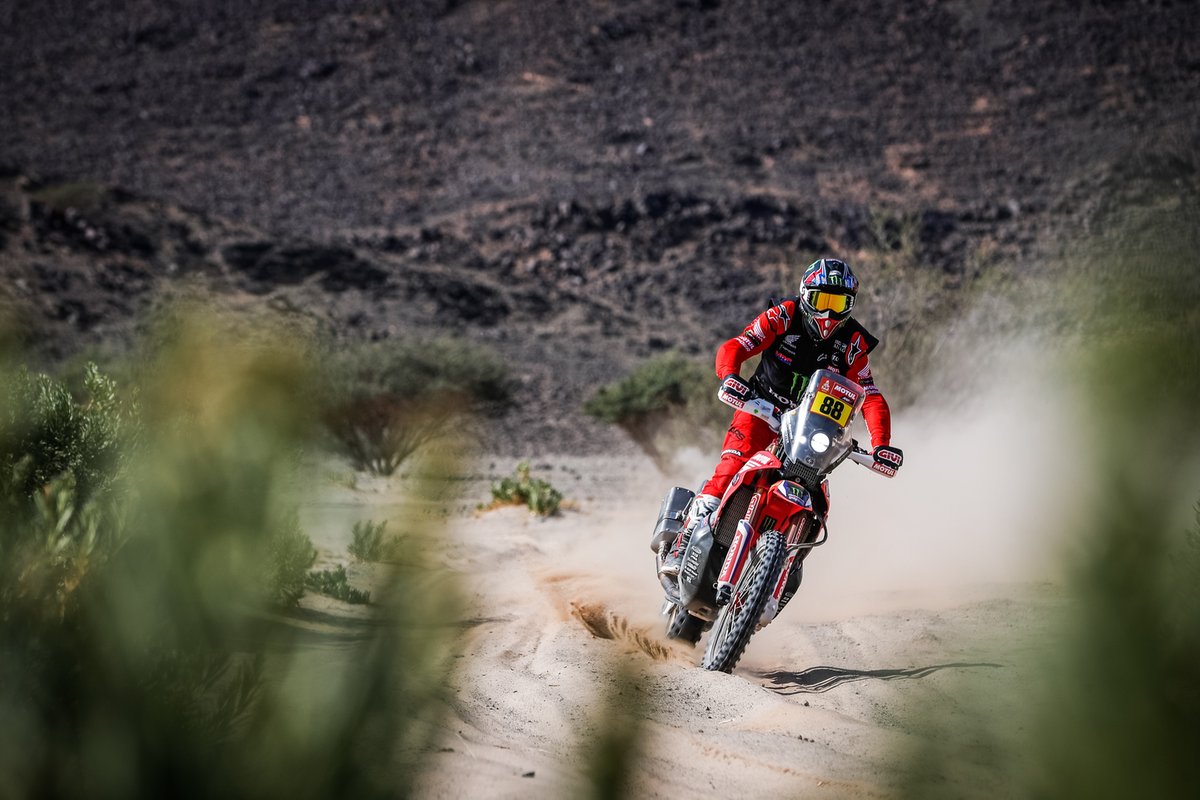 Defending champion Ricky Brabec enjoyed his strongest run in several days as he finished fourth for Honda, despite dropping three minutes late on with a minor navigational error.

Price eventually slipped to seventh, 3m54s down on Barreda, behind another of his KTM teammates Matthias Walkner and Yamaha rider Adrian van Beveren.

But the Australian, who went into the day fourth overall, now finds himself at the head of the general classification heading into the rest day on Saturday.

Price is 2m16s clear of Honda's Kevin Benavides, who dropped almost 10 minutes to teammate Barreda as he opened the road - also nursing injuries from his crash on Thursday.

Jose Ignacio Cornejo, 11th on the day, remains third overall, within three minutes of the lead, ahead of Branch and Husqvarna privateer Xavier de Soultrait on identical times.

Barreda has climbed two positions in the standings from seventh to ninth, behind KTM's Sam Sunderland, but still within 6m25s of the lead.

Brabec meanwhile goes into the rest day 13th overall and with 19m56s to make up on Price.

Barreda: Dakar 2021 could be my last on two wheels