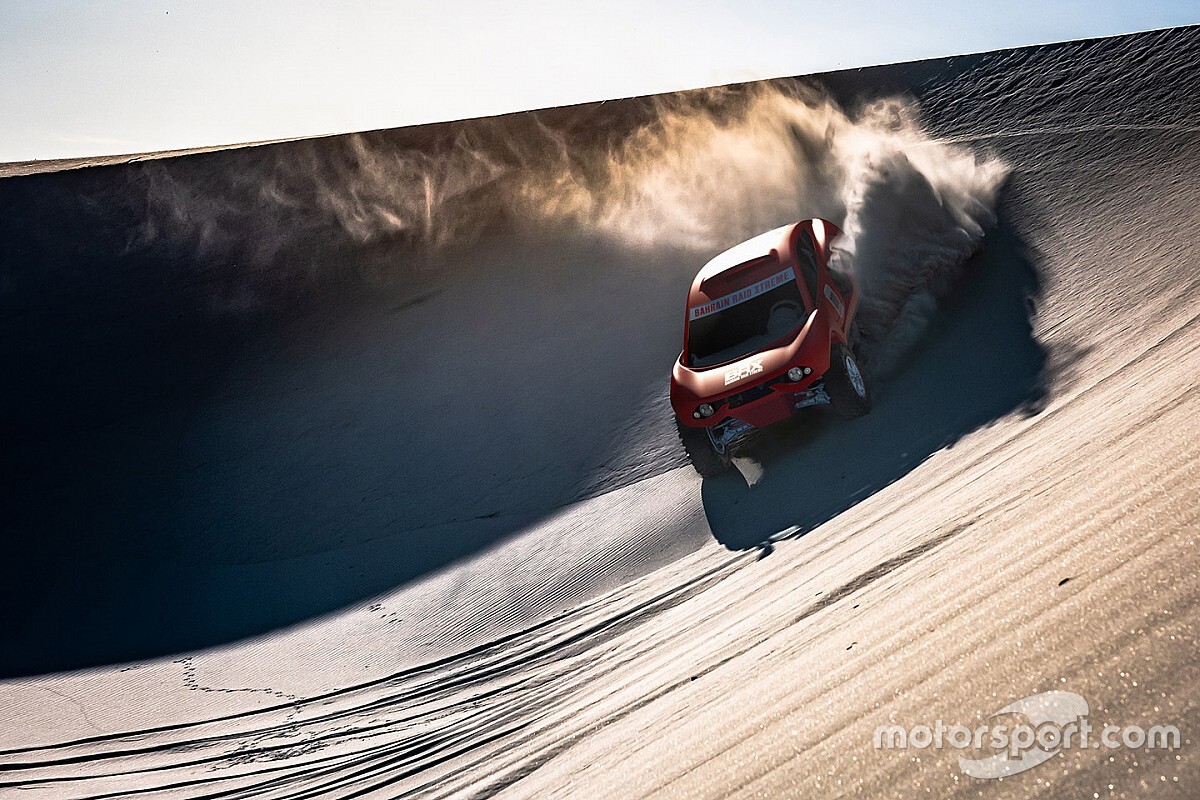 Prodrive says it will be "disappointed" if its rivals don't perceive it as a "potential winner" when it makes its Dakar debut next year under the Bahrain Raid Xtreme banner.

Prodrive announced in February that it will enter the prestigious rally raid from 2021 in a joint venture with Bahrain’s sovereign wealth Mumtalakat, and it has since been revealed that it will field four-wheel drive vehicles in the top T1 class.

The British engineering firm has a strong track record in different disciplines of motorsport, including a run of three consecutive WRC manufacturers’ titles between 1995-97 when it operated the works Subaru programme.

It is currently involved in running Aston Martin’s factory team in the FIA World Endurance Championship and has also built the Renault Megane entered by GCK in the World Rallycross Championship.

While team director David Richards admits that he must remain realistic about Prodrive’s victory chances in the Saudi Arabia-based event, he nevertheless expects the BRX T1 to be competitive from the outset.

"Well, when you go to a new category of motorsport with traditional competitors which obviously have lots of experience, you can’t be complacent, you have to accept that there is a lot of learning to be done,” Richards told Motorsport.com.

“I’ve got no doubts we will be competitive but Dakar is a long event and, you know, anything can happen on these events, so you have to realistic about your chance of winning"

"I’ll be disappointed if… I’ve always felt in motorsport what you have to do is, when you are sitting on the start line, everybody has to perceive you as a potential winner of the event.

“After the race starts it is a very different matter, anything can happen. But I would be disappointed if people do not look at us in the start line in Dakar this year and say ‘that’s a potential winner.’”

Prodrive will enter at least two cars on its maiden appearance in the Dakar Rally, with a decision on a third entry yet to be made.

The outfit had originally planned to complete the build of its first car by last week, but the coronavirus pandemic has heavily impacted its development programme, leaving it six weeks behind schedule.

It now intends to run the car for the first time in August and follow that up with full-blown tests planned in Wales, France and the Middle East.

Prodrive also plans on competing in other cross-country rallies to prepare itself for its Dakar debut, with Rally of Morocco (October 8-13) and the Abu Dhabi Desert Challenge (November 20-26) two events that would suit the bill for the British outfit.

"The first car would have been finished last week, that was the schedule. So we are about six weeks behind schedule at the moment.

“We have quite a bit of time in the schedule and in fact the engineers were telling me in many aspects it’s allowed them to revisit some of the aspects of the car which they wouldn’t have spent a lot of time on.

“So I think it will be a better product at the end of the day as a result, I’m sure.

"We’ve worked out a very strong test schedule, so when we get to the start of Dakar, we will have a car that we feel will be robust and well tested.”

Although Prodrive is yet to reveal its driver line-up, Spanish driver Nani Roma is considered to be the primary contender to head the team's charge, with Kris Meeke tabled for the other seat.