Rebellion President Alexandre Pesci will contest the 2022 Dakar Rally in his teammate Romain Dumas’ DXX prototype after his own car caught fire during shakedown on Wednesday.

Pesci was due to make his third consecutive Dakar appearance with former LMP1 race winning-team Rebellion as part of a two-car line-up for the Saudi Arabian event.

But his hopes of improving on a best finish of 43rd were seemingly dashed when his #251 DXX entry was engulfed in flames in the 10.7km shakedown near Jeddah, the venue for the opening stage of the rally-raid.

However, Le Mans 24 Hours winner Dumas has now offered his #215 buggy to Pesci to ensure the Rebellion team owner can be present on the starting grid for the 44th running of Dakar on Saturday.

The Swiss will be joined by his usual navigator Stephan Khuni for the two-week marathon.

Although Pesci will now pilot Rebellion’s sole remaining DXX buggy, Dumas will also be able to take part in Dakar following a last-minute deal to race the Toyota Hilux with which Nasser Al-Attiyah won the Hail Rally in Saudi Arabia earlier this month en route to the FIA Cross-Country Rallies World Cup. 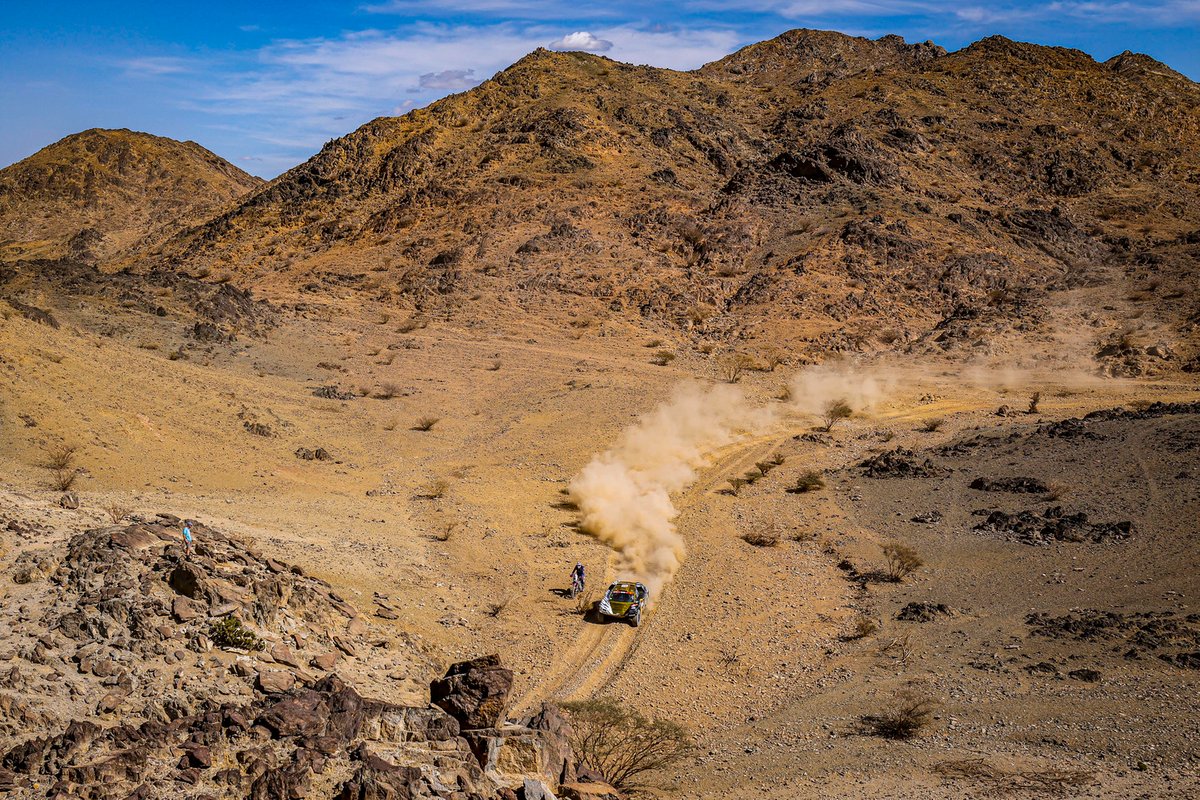 "Unfortunately, after the problem we had with the car, the #251, I decided to give him my car because Alexandre did not finish last year," said Dumas.

"So for him it was very important to race again and try to see the [finish] line. At the end of the day Rebellion, this is the brand [I race for], so I said, 'okay, I give you my car'.

"I decided not to drive. [But then] Thursday morning I had breakfast with Nasser Al-Attiyah, he told me I have a car - I bought a car for my museum.

"We found out this car was an 11-hour drive from here [in Doha], so during the day we sent somebody there to bring the car overnight. The car came this morning.

"What Nasser did is unbelievable and also his team.

"We are trying to prepare the car as much as possible, put some sticker on it, adjust my driving position. For sure I never drove the car.

"Now the Toyota team is here to help us a little bit because we don't know nothing about the car. So we will try not to take time too much of them but we have to get some advice."

Rebellion doesn’t exactly know what caused the fire that totalled Pesci’s original car, but it suspects that a shock may have caused an oil leak near the engine, with excessive heat starting a fire. Although the automatic extinguisher system activated, the fire couldn’t be controlled and it consumed the entire car.

Both Pesci and co-driver Khuni were uninjured in the incident.