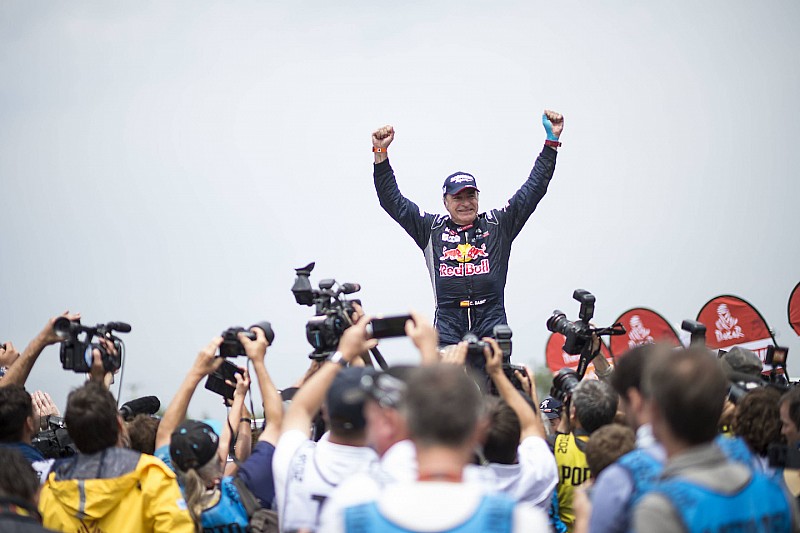 Rally legend Carlos Sainz has scored his second Dakar victory in the 2018 edition of the marathon.

Two-time WRC champion Sainz had not finished any of the prior three Dakars he had contested as a Peugeot works driver, yet 2018 proved fourth time lucky for the Spaniard.

Having survived a high-attrition opening leg in Peru, Sainz - who had previously won the Dakar back in 2010 with Volkswagen - emerged as rally leader courtesy of back-to-back stage wins either side of the mid-rally rest day in Bolivia capital La Paz.

These would be his only stage wins of the event, but his path to overall victory over the rest of the rally was relatively smooth – aside from a controversial penalty for an alleged incident with a quad rider that was ultimately rescinded.

Sainz was three minutes off the pace in the final stage of this year's Dakar, ending the marathon with a 44-minute lead over nearest rival Nasser Al-Attiyah.

His triumph means Peugeot's works team bows out of the Dakar with three wins in four attempts, its drivers having topped 25 stages from a total of 48.

The South American was 40 seconds quicker than nearest rival Stephane Peterhansel, and joined teammate Al-Attiyah on the overall podium.

Peugeot driver Peterhansel ended the rally in fourth, the 13-time Dakar champion missing out on a podium due to his crash in Friday's satge.