Toyota claims its Hilux 4x4 "can't compete" with the X-raid-built Mini John Cooper Works Buggy on the Dakar Rally and that a rule change is needed to level the playing field between the two cars.

X-raid's pair of Mini JCW Buggies, driven by Sainz and Stephane Peterhansel, have won the last four stages between them, while Toyota has taken only one victory so far with its quartet of factory-entered cars, which went to Giniel de Villiers on Stage 2.

Toyota Gazoo Racing boss Glyn Hall told selected media, including Motorsport.com, that he considers it unfair that the FIA ​​has kept the regulations frozen regarding air restrictors after analysing data from the past Dakar.

Effective from summer 2018, the FIA reduced the air restrictor diameter for 4x4s with a petrol engine from 38mm to 37, while maintaining those of turbocharged diesel engines: 39mm for cars with a single turbo, like the Mini, and 38 for cars with two turbos, like the Peugeot.

"I've been telling the FIA ​​for a while: when Peugeot was there everything was quite balanced, but then in 2018 they reduced the air restrictor by 1mm," Hall said. "That means about 40 minutes at the end of the rally. It's frustrating to have to fight against this.

"The drivers get out of the car and tell me that they can't compete against them [the Mini buggies] in terms of straight line speed, that they pass easily." 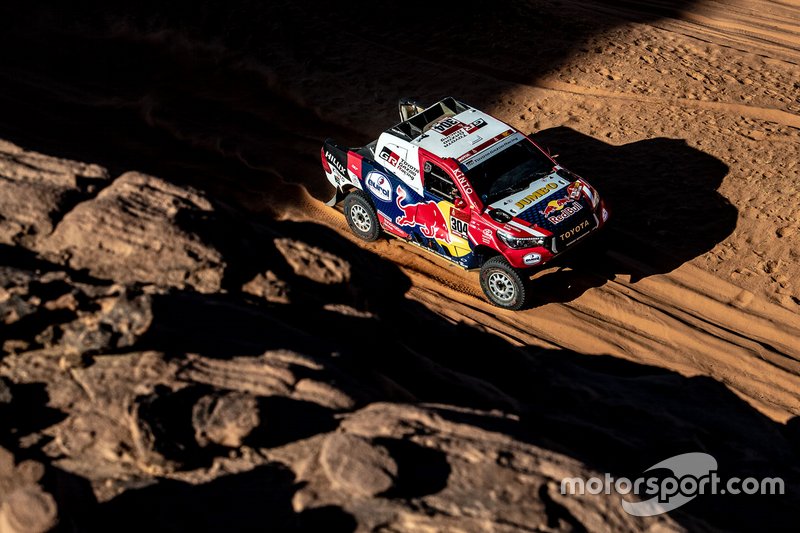 X-raid Mini boss Sven Quandt brushed off any claims that his buggies enjoyed a significant advantage when speaking to Motorsport.com.

"The problem with Glyn is that he is always crying," said Quandt. "He was crying last year when they were winning and now, when he is behind, he cries. [He does it] at the FIA ​​meetings too.

"He is not being realistic. We can see we are separated by a single minute after 470km; what is the problem? If we see the last days, we talk about two minutes, one minute, one-and-a-half... there is no problem with the air restrictors. We are super-balanced."

On Friday, Fernando Alonso suggested that the Mini buggies "are in another league", while Toyota teammate Al-Attiyah made it clear that he believes the buggy is "too fast".

"We don't need more power, but there is a big difference between the 4x4 and the two-wheel drive cars," added the Qatari. "Today everyone was passing by, I could not keep up.

"I am sure that next year there will be a change in the regulations because some other manufacturers will come with a 4x4 to the Dakar and that will help a lot."

For his part, rally leader Sainz was restrained when asked what he thought about the complaints of Al-Attiyah and the Toyota camp.

"When they won in Morocco with 15 or 20 minutes of advantage nobody protested," he said. "They also won the Dakar last year and here they are six or seven minutes [behind].

"I think it is quite equal. We have worked, we have improved the car during this last year and we have been able to show it." 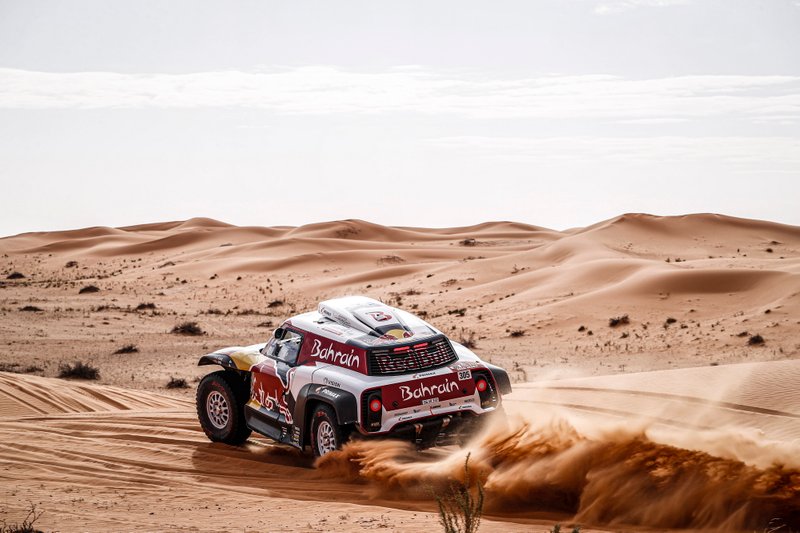