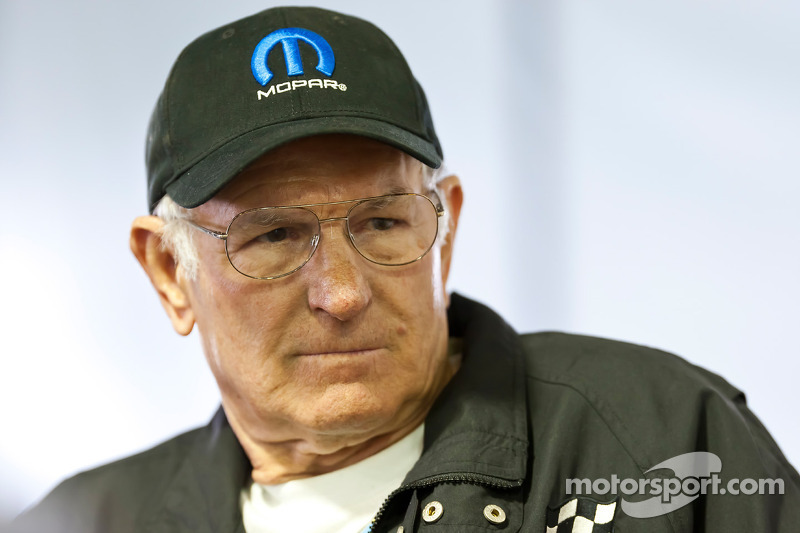 Garlits, who won four world championships with the IHRA in the early 70s and has been named to numerous lists as one of drag racing's all-time greats, will greet the crowd, sign autographs and have one of his legendary Swamp Rat dragsters on display all during the 14th annual IHRA Mopar Nitro Jam Nationals weekend. The festivities will coincide with the 50th anniversary celebration of the Hemi as Mopar and the IHRA present one of the biggest IHRA events ever held at the Grand Bend Motorplex.

The annual IHRA event at the Motorplex will feature competition in seven professional classes and nearly a dozen sportsman categories as the IHRA celebrates all things speed and power at the 14th annual Mopar Nitro Jam Nationals.

"I have been involved with Chrysler since 1961, so I have a long history with Chrysler and I love their products. It will be an honor to represent them at the IHRA event in Grand Bend," said Garlits, winner of 144 national events during his illustrious career. "I am really looking forward to the trip to Canada. It has been a long time since I have been up there and I think it will be a great event and a great time for everyone involved."

During a career that spanned nearly four decades, Garlits broke nearly every barrier drag racing presented. He was the first to top speeds of 170, 180, 200, 240, 250, 260 and 270 in a dragster and went on to collect 17 championships across the three major hot rod associations, 144 national event wins and a record eight U.S. Nationals victories.

With the IHRA, Garlits collected four world championships and more than two dozen national event victories in the 1970s.

"I loved racing with the IHRA. They were always really good to me," Garlits said. "Larry Carrier was always one of my favorite guys. In fact, the largest contract I ever signed in drag racing was signed with the IHRA and Larry when I inked a contract worth $100,000. It was a great time with a lot of memories. It is really a wonderful organization and I am looking forward to being back."

And even at 82-years-old, Garlits is not quite done just yet. Recently, Garlits became involved with a new project driving the SR-37, a lithium battery-powered dragster that he hopes will break the 200 mile-per-hour barrier this season. It would be a fitting accomplishment as Garlits celebrates the 50th anniversary of breaking the 200 mph in a dragster for the very first time.

During two testing sessions this year at IHRA's Bradenton Motorsports Park facility in Bradenton, Florida, Garlits set a new battery-powered world record of 7.258 seconds at 184.01 mph and he hopes to take that even further with a 200 mph run later this year.

"This barrier is very important to me. It has been 50 years since I broke the 200 barrier in Top Fuel and I would like to do that again this year, hopefully before the 50-year reunion celebration of that run in August," Garlits said. "But more importantly, it is important to me to show the world that there is another avenue that drag racing can take that is cleaner and much less expensive allowing more people to get involved."

At the IHRA Mopar Nitro Jam Nationals, Garlits will have one of his famous Swamp Rat vehicles on display and he will be signing autographs and greeting fans throughout the weekend. Garlits may even fire up his dragster for the fans before serving as Grand Marshal and greeting the crowd prior to the start of professional racing.

The 2014 national event at the Grand Bend Motorplex will feature professional competition in four nitro-powered classes, including the return of 320 mph Top Fuel Dragsters, along with Nitro Funny Cars, Nitro Harleys and Nitro Altereds, along with racing in Pro Stock, Pro Mod and Jet Dragster.

Flames, famous drivers star in 'Night Under Fire' at Summit