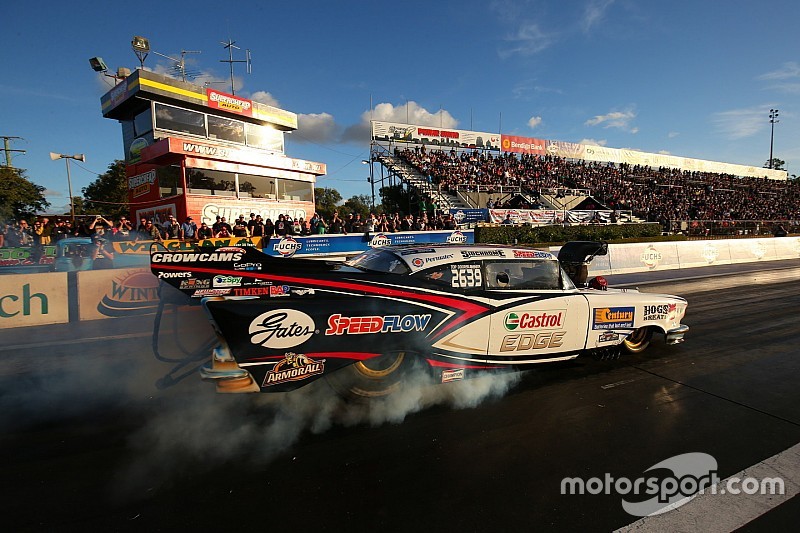 The breakaway professional drag racing championship set up by three of Australia’s biggest raceways has confirmed the calendar for its 2015/16 season.

It was announced earlier this week that three tracks – Sydney Dragway, Willowbank Raceway, and the Perth Motorplex – have formed a breakaway professional drag series, and told the sport’s governing body ANDRA that the three venues won’t be available for the 2015/16 ANDRA Championship Drag Racing Series.

The breakaway series has now confirmed its own 2015/16 calendar, as well as clarifying the structure of its top-level line-up.

The series will kick off at Adelaide International Raceway in mid-October this year, with a nine-round series ending with the Winternationals at Willowbank in June next year.

Two of the events will be at Sydney and Willowbank, four at Perth Motorplex (including the Westernationals), and the one in Adelaide.

Within those nine events, Top Fuel, Top Alcohol, Top Doorslammer, and Top Fuel Motorcycle will all have six-round series, while the Pro Stock categories will have five.

A not-for-profit company has been set up to assume the administration and promotion of the new series, jointly owned by the three tracks and professional teams. The venues and the racer group each will each take a 25 per cent stake, and one position on the board.

“Together, the tracks and competitors are focussed on how to best cater to what the racers need to put on a show for the fans, and these measures are the first of a range of innovative programs we will be putting in place.”