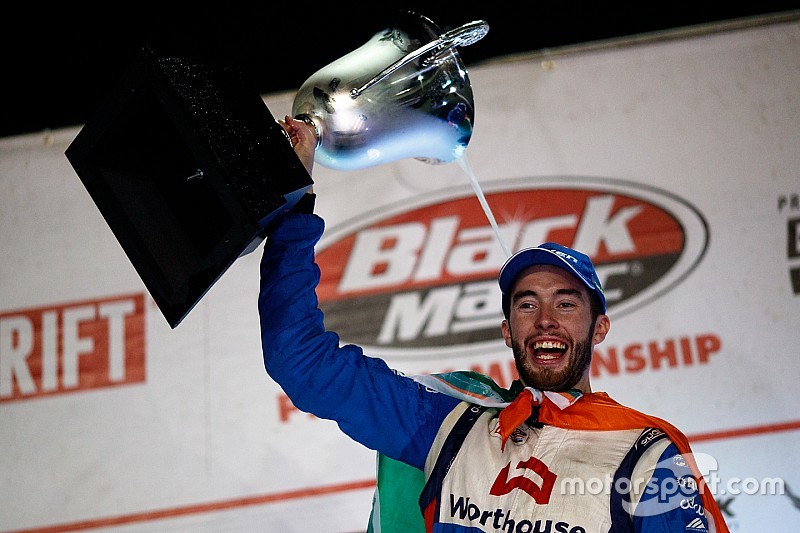 “It’s been such an intense weekend at the biggest event I’ve ever competed in with the championship on the line at one of the craziest tracks I’ve ever driven,” said James Deane, 2017 Formula DRIFT champion.  “It is also my birthday today so there was just so many emotions and with so many fans coming in from Ireland and Poland, I just wanted to put on a good show.  It’s just been a dream season.”

The sold out crowd came for one last Formula DRIFT finale at Irwindale Speedway, which is often referred as the birthplace of US drifting.  The Livestream drew over 1 millionviews over the course of the event.

"This was an incredible season that saw the rise of two exceptional international drivers.  It’s a testament of the talent in the Series having the best drifters in the world choosing Formula DRIFT to compete,” said Jim Liaw, President of Formula DRIFT.  “We look forward to our 15th season and have some exciting things planned for next year.”

In the Top 4, Vaughn Gittin in the Monster Energy / Nitto Tire Ford Mustang RTR faced off against Daijiro Yoshihara in the Falken Tire / Turn 14 Distribution Subaru BRZ.  In his chase run, Gittin made contact with the wall giving the win to Yoshihara to move him into the Finals.  While in the Great 8, Deane and Aurimas Bakchis, made contact, which Bakchis was deemed at fault.  Deane failed to get his car fixed in the allotted time giving his Worthouse teammate the win to put him into the Finals.  In the Finals, Yoshihara and Wiecek had a very close battle, but the speed and proximity of Wiecek was too much to overcome.  Wiecek takes his first Formula DRIFT victory and secured his Rookie of the Year honors

“I feel amazing,” said Piotr Wiecek, winner of Round 8: Title Fight.  “It’s such a great atmosphere and such a great sport.  I’d like to thank my whole crew and teammate James.  What an unbelievable season.”