Jonathan Aberdein is set to miss out on a full-time DTM drive in 2020, but could take Robin Frijns' Audi seat for next year's Norisring round, Motorsport.com understands.

Aberdein impressed during his first season for customer Audi squad WRT this year, achieving three top-five finishes and ending up 10th in the standings - scoring more than three times the points of teammate Pietro Fittipaldi.

But the South African was left without a seat when WRT announced Formula 3 graduate Fabio Scherer and ex-IndyCar racer Ed Jones as its 2020 drivers.

Audi motorsport boss Dieter Gass often spoke highly of Aberdein during the 2019 campaign and described him as a potential candidate for a factory Audi drive.

An opportunity to race full-time for Audi as early as 2020 appears to be impossible, however, as the Ingolstadt marque is set to retain all six of its current drivers: Frijns, Rene Rast, Loic Duval, Mike Rockenfeller, Nico Muller and Jamie Green.

Frijns is set to miss the Norisring weekend in July because it clashes with the New York Formula E round, and his contract with Audi customer team Virgin Racing takes priority.

Aberdein would appear to be the first option to replace the Dutchman that weekend as part of a potential deal to represent Audi in other championships in 2020, with the intention of promoting him to a full-time DTM drive in 2021.

WRT's other 2019 driver Fittipaldi has already confirmed he will leave the DTM in favour of a return to Super Formula with the B-Max/Motopark outfit.

Dragon FE racer Muller is another Audi driver affected by the Norisring/New York clash, but in the Swiss driver's case his DTM commitments take priority. 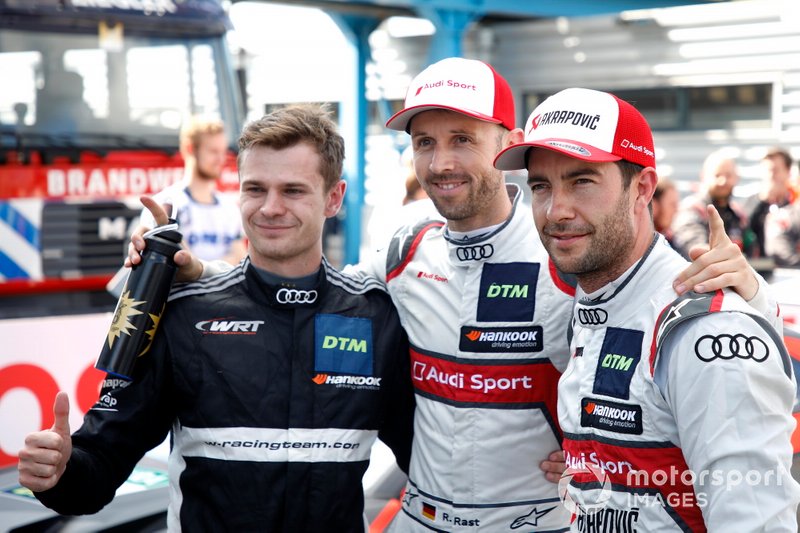