Alex Albon believes his test and reserve driver duties with Red Bull will play a bigger role in securing a potential Formula 1 return than anything he does in the DTM.

Albon was dropped by the senior Red Bull outfit over the winter for failing to consistently match teammate Max Verstappen over the course of the 2020 season, with ex-Racing Point driver Sergio Perez hired as his replacement.

Unlike his predecessors Daniil Kvyat and Pierre Gasly, who were placed at the then-Toro Rosso team following their demotions from Red Bull Racing, Albon hasn’t yet been given a second opportunity in F1 at what is now AlphaTauri.

Instead, the Thai driver will contest selected rounds of the new-look DTM series in an AF Corse-run Ferrari 488 GT3 in 2021 while remaining in F1 as a reserve/test driver for both the Red Bull and AlphaTauri teams.

The 25-year-old got his first proper taste of a GT3 car earlier this month at the Spa-Francorchamps circuit, before getting more running under his belt in the official pre-season test at Hockenheim this week.

While success in the DTM would boost his profile, Albon insists the primary objective of his programme is to stay race-fit, and he doesn’t see the series as a means to return to grand prix racing.

Asked by Motorsport.com how he can utilise his DTM race outings to earn an F1 comeback in 2022, Albon said: “To be honest not so much. On my role, it’s more about doing my job the best I can in the championship itself.

“A lot of the Formula 1 stuff is probably a little more down to how other drivers are performing and whether there are opportunities on that side of things. But yes, there’s not so much requirement here.

“A lot of it is down to how it works with BoP [in the DTM]. As long as I do my job on my side….Of course, my role also in the reserve driver, simulator duties and testing, that is a much bigger role [in getting back to F1].”

Albon will be one of the three former grand prix drivers on the 2021 DTM grid alongside Timo Glock (Rowe Racing BMW) and Christian Klien, the latter only signing up for a part campaign in a McLaren with JP Motorsport.

Asked if he saw sportscar racing as a viable long-term option, Albon said: “Seriously [speaking], not really. I mean it’s good for now. It keeps me sharp, it keeps me racing fit, if you can call it.

Albon explained that he had to readjust his braking points for GT3 machinery, admitting that his past F1 experience meant he has been “overdriving” the Ferrari.

“GT racing in general is different,” the 25-year-old said. “Eau Rouge is definitely not as flat as I thought it would be. But it’s a learning curve.

“I do enjoy it, it’s a different challenge and a completely different driving style. To begin with, a lot of it was just overdriving because you kind of have this muscle memory of how to do some corners and how to drive, and it’s almost like restarting that process.

“But at the end of the day it’s a car. It has a steering wheel, it has pedals and you can adapt to it pretty quickly. It feels okay. Of course there’s still time on the table on how to drive it. But no, I’m enjoying it.” 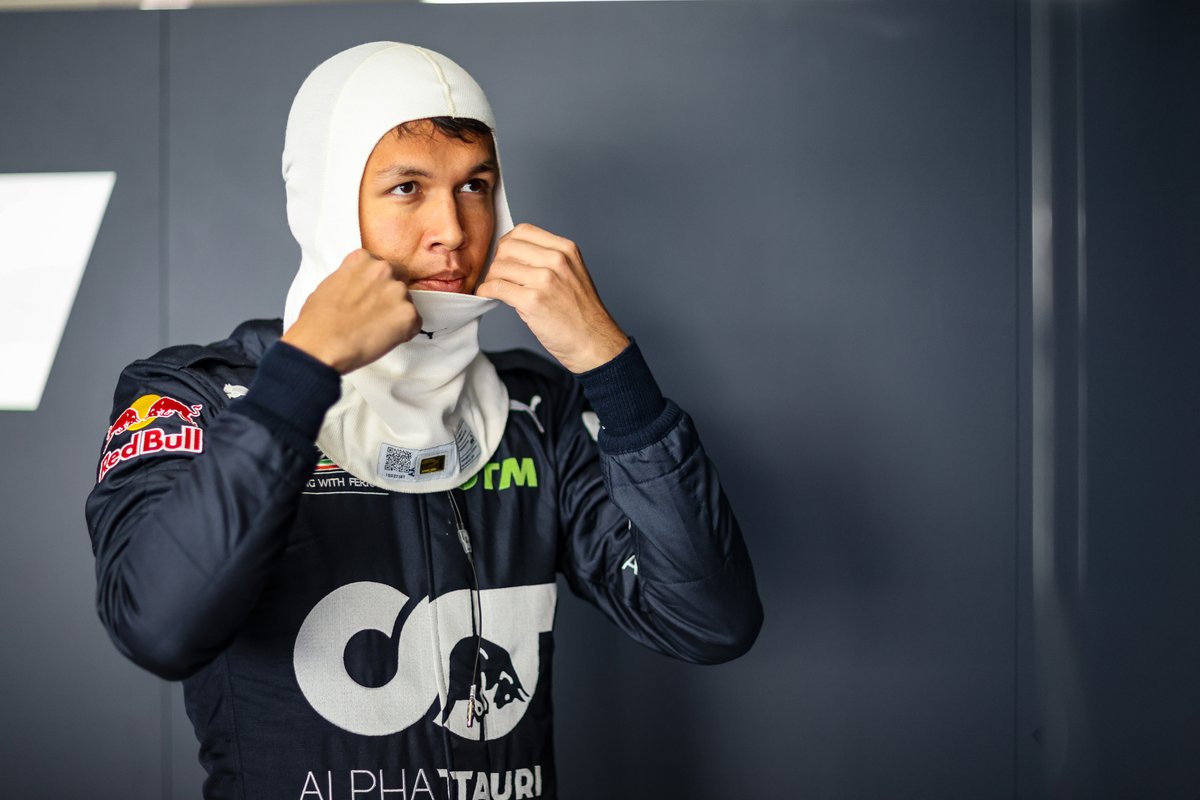