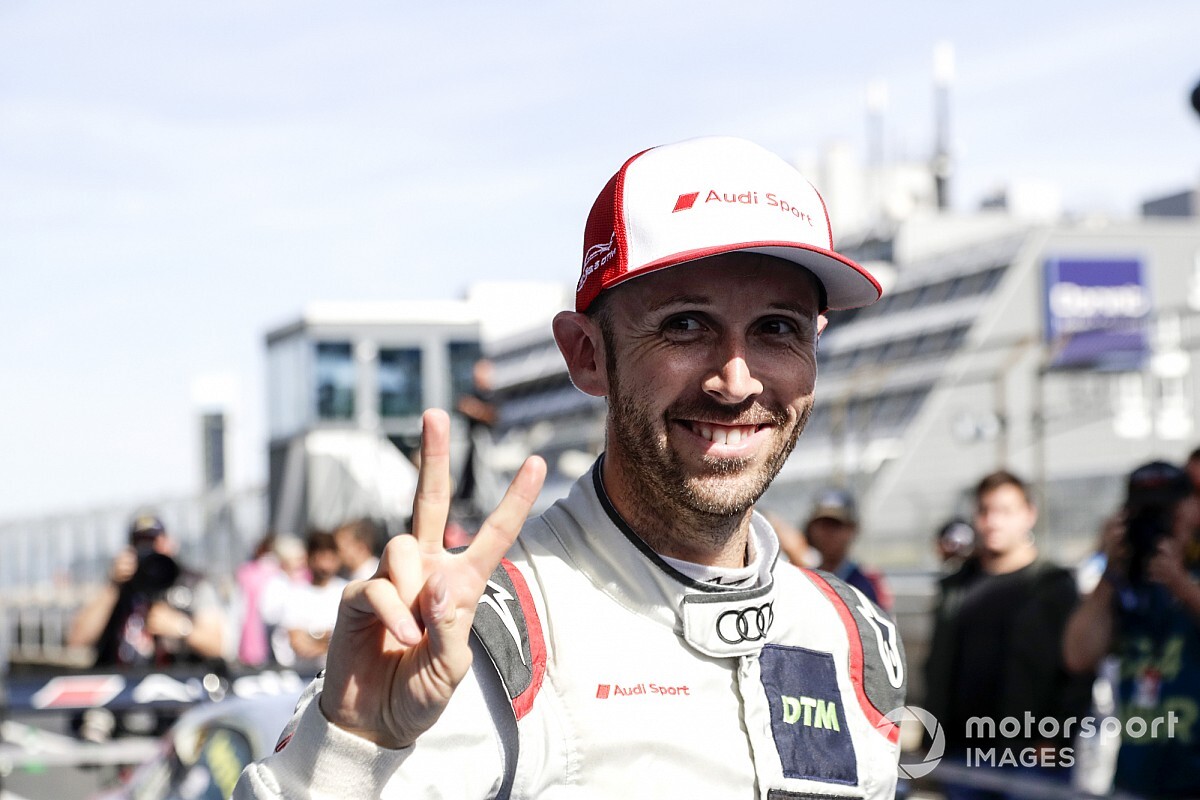 Rast secured his second DTM title with a round to spare at the Nurburgring after finishing third in Sunday's second race, giving himself an insurmountable points buffer over Audi stablemate Nico Muller heading into next month's Hockenheim season finale.

It marked his second triumph in the championship following his run to the title in his rookie campaign in 2017, when he upstaged veteran Mattias Ekstrom.

No two-time DTM title winner has achieved their record as quickly as Rast, with BMW driver Marco Wittmann coming closest by managing it inside four years, in 2014 and '16.

Asked by Motorsport.com to explain how Rast was able to shortcut the required DTM experience, Gass said: "It’s bizarre, isn’t it? We would never have expected it, that’s for sure. Especially his first title [in 2017], [it was] a big surprise.

"We have been thinking for years, [and] in previous discussions we had over the season about teamwork, that [it is a measure of] any driver who can win the DTM championship without the support of his teammates - as Rene did in 2017."

Gass added that Rast's strong start to life in the DTM, taking just nine attempts to win his first race, became the "foundation" for his recent form, which has yielded 12 wins in the last 22 races - including six in a row to close out the 2018 campaign.

"He was the only one of ours last year who was able to fight with Mercedes and BMW and keep the title open until the very end," said Gass. "[He scored] six victories in a row. Then this year, it wasn’t so much of a surprise that he would be in the mix from the beginning."

Rast headed into Sunday's second Nurburgring race knowing title rival Muller would struggle to score enough to points to keep his hopes alive from 14th on the grid, something he conceded made his second title win feel "a bit different" to his first.

Asked to compare his two DTM triumphs, Rast said: "Starting the final weekend in 2017, I was [22] points behind Mattias [Ekstrom], so I was unlikely to win the championship.

"Until the last lap of the last race I didn’t know I was champion. It was more like a surprise.

"This time obviously it wasn’t 100 percent sure, but we were on a good way and you kind of prepare yourself for becoming DTM champion again. Then you are a bit more settled in yourself."

The 32-year-old added: "To celebrate my second title in three years is something I’d have never dreamed of, to be honest. Three years ago I wrote off DTM because I wasn’t in position to be part of DTM. Now three years later I have two titles, which is quite unbelievable."