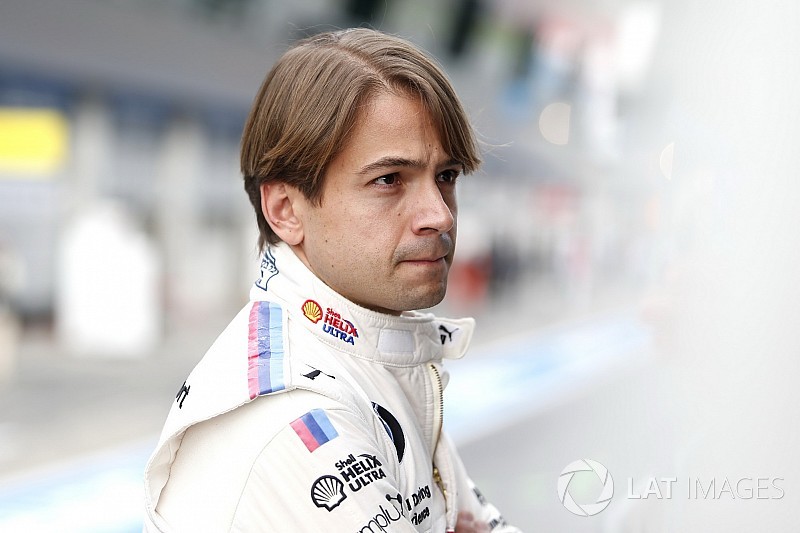 BMW motorsport boss Jens Marquardt says allowing Augusto Farfus to race at both Spa and Hockenheim on the first weekend of May was "never" considered.

Farfus said in February he faced a "dilemma" over whether to sacrifice his title hopes in the DTM or the FIA World Endurance Championship, as the opening rounds of both series fell on the same weekend.

It was ultimately decided the Brazilian will race at Hockenheim in the DTM on May 5-6, with Tom Blomqvist taking his place in the MTEK-run BMW team for its WEC debut in Spa.

Audi, on the other hand, has given Loic Duval permission to attempt to take part in both events, with the Saturday DTM race potentially ending early enough to allow the Frenchman to race in the closing stages of the WEC curtain-raiser with his TDS Racing LMP2 team.

Marquardt, however, said BMW wanted Farfus to stay focussed on one championship and that arrangements to allow him to try and take part in both DTM and WEC were "not worth the effort".

"Honestly speaking, never," he said when asked if it had been considered. "The two programmes are so very different.

"We're lucky enough to have drivers that jump from one to the other, but not within a weekend.

"They [WEC and DTM] are both, from a championship level point of view, way too high to basically say 'we'll do this and it's good enough'.

"For sure, Augusto is a fantastic driver and an asset in either championship, but only if he has full focus on one or the other. And this weekend, the better BMW and overall performance solution is to split things that weekend.

"To do two things half, and not get a good result in either, is not the worth the effort with helicopter shuttles or whatever."

Farfus said WEC's decision to shift its Fuji date by a week - creating a clash with the DTM finale at Hockenheim in October - scuppered any chance being allowed to attempt the Spa/Hockenheim double.

"If you look purely from a logic side, you would say it's easier to sacrifice the first round of WEC as we are still learning," Farfus told Motorsport.com. "But it's not easy; I pushed to do both programmes.

"It is a shame about the date change of Fuji because that jeopardises a little bit the whole project, because there will come a point in October where I will have to sacrifice [another race].

"Without that clash it might have been different, we might have tried running both [Spa and Hockenheim], but it gets to the point where one championship would have to be sacrificed."

Farfus added the call as to which race to skip in October will be much simpler.

"The Fuji call is a lot easier, because you see how the two seasons are going and you make a call," he said. "But for now it hurts the same [to miss either series]."

Could HWA be the saviour of the DTM?