BMW motorsport director Jens Marquardt is “honoured” that IndyCar driver Robert Wickens wants to drive one of the marque’s DTM cars, although organising a test is not currently possible.

Speaking to Motorsport.com, Wickens expressed his desire to drive Alex Zanardi’s BMW DTM car from the 2018 Misano round in order to experience driving with hand controls.

Wickens sustained heavy injuries in the IndyCar race at Pocono in 2019, losing mobility in his legs, and is currently still in the process of regaining the ability to walk unaided.

Wishing to continue racing, the Canadian driver is exploring the option of racing with throttle and braking levers attached to the steering wheel, and feels that he needs to drive with an existing setup to get a baseline for his own needs.

Zanardi, who lost both legs in a CART crash at the Lausitzring in 2001, has raced with hand controls since, and piloted his specially-adapted BMW DTM car in Misano to fifth place in race two.

Marquardt said that, although organising a test was currently not on the agenda amid the current coronavirus pandemic, he did not close the door on having Wickens trial a car in the future.

"First of all, we are very honoured that Robert Wickens would like to drive one of our cars,” Marquardt said.

“We know Robert well, on the one hand from earlier Formula BMW times and on the other hand from the years when he was part of the DTM.

“But at the moment, for obvious reasons, motorsport is not possible, other topics are more important at the moment. In this respect, this is currently not on our agenda in this form.

“The BMW Motorsport family is keeping all fingers crossed for Robert's recovery!"

Wickens has also been exploring hand control options during the current hiatus in racing, and was set to take part in the IndyCar Esports race last week with a customised wheel.

Although the wheel was ready, having been modified by ex-CART racer Max Papis especially for Wickens, it did not arrive in time for the race. 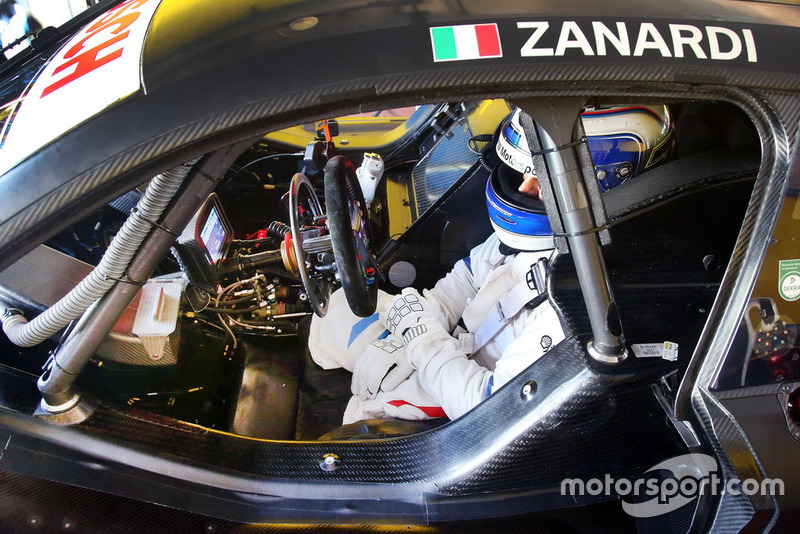