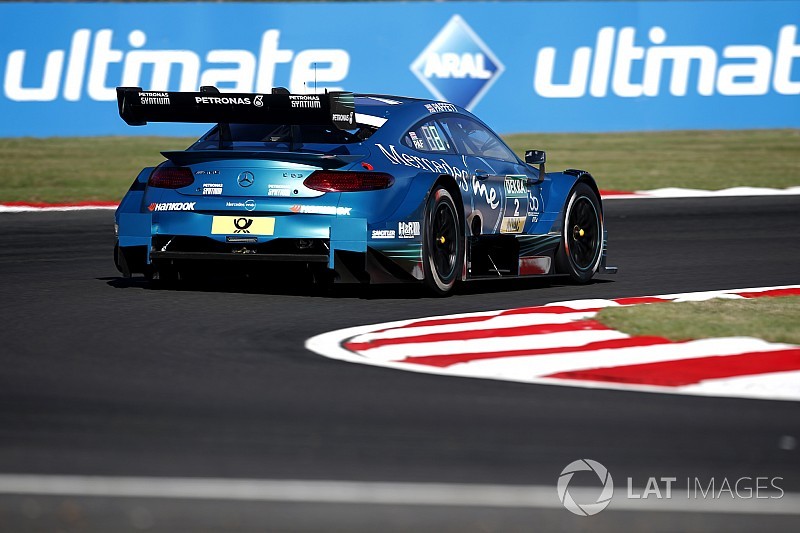 Paffett set the fastest time of the weekend so far on his final lap of the 20-minute session, recording a 1m17948s in his Mercedes C63 to eclipse fellow Briton di Resta's early benchmark by 0.073 seconds.

Di Resta failed to improve on his second set of runs, securing Paffett a fourth pole of the season.

Rene Rast was the fastest non-Mercedes driver in fourth, a little more than a tenth off the pace in his Audi RS5, ahead of Saturday front row starter Lucas Auer and Robin Frijns.

The third Briton on the grid, Jamie Green, was 11th and less than four tenths off pole in his RS5 ahead of Mike Rockenfeller.

All but one of the 18 cars qualified within a second of each other, with Bruno Spengler bringing up the rear by improving to a 1m19.115s on his final lap.