Di Resta open to staying in DTM without Mercedes 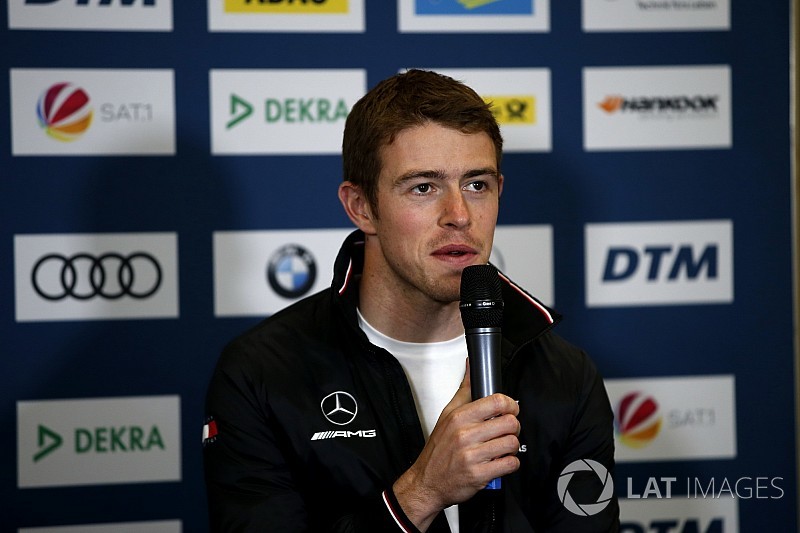 Mercedes DTM driver Paul di Resta says he could picture himself staying in the championship next season with a rival manufacturer.

Di Resta is enjoying his strongest season since he returned to the DTM from Formula 1, and lies second in the points behind Mercedes stablemate Gary Paffett after five rounds.

Mercedes' decision to exit the championship after this year has forced di Resta to consider his future options, the 32-year-old having dabbled in Formula E as well as sportscar racing this year.

HWA, which operates the Mercedes DTM team, will join FE next season ahead of Mercedes' full entry, and di Resta says he is in discussions about being part of that project.

However, he also says staying in the DTM with either Audi or BMW is an equally viable option.

"People tell me, ‘this is your last year in the DTM’ – and I say, ‘it’s not, it’s Mercedes’ last year’," di Resta told Motorsport.com. "You have to think about your livelihood.

"I’m interested in the Formula E project, we’re speaking about it, as all the [Mercedes] drivers probably are, but making sure you’re driving [something] competitive is a big thing for me.

"I’ve been part of this family for a long time, but there’s plenty of life left in me to make new relationships and I think [Mercedes] are very open to that as well."

Asked if his current form would make him a prime target for Audi and BMW if they were to expand their line-ups to compensate for Mercedes' departure, he replied: "I guess it does.

"They all had eight cars not so long ago. But the big thing is there’ll be new rules and a new engine, and the costs involved in that.

"I guess they are just holding back [committing to fielding more cars] to make sure they go into it with the best intentions and securing a long-term future."

Di Resta has combined his DTM commitments with three appearances for the United Autosports LMP2 team this year in the IMSA WeatherTech SportsCar Championship, taking on the Rolex 24 at Daytona, Sebring 12 Hours and Watkins Glen 6 Hours.

He also participated in the Le Mans 24 Hours with the Anglo-American team, but crashed out late on at the Porsche Curves while in contention for a class podium finish.

The Scotsman said he would be open to doing more endurance races next season if it fits in with his main 2019 programme.

"I really enjoyed doing the sportscars this year," he said. "I did three of the biggest ones you can do, and I absolutely loved it.

"I wasn’t sure about sharing a car with someone but having teammates to share the weekend with was a big thing, and that’s why it was such a big disappointment after Le Mans to have had that issue."