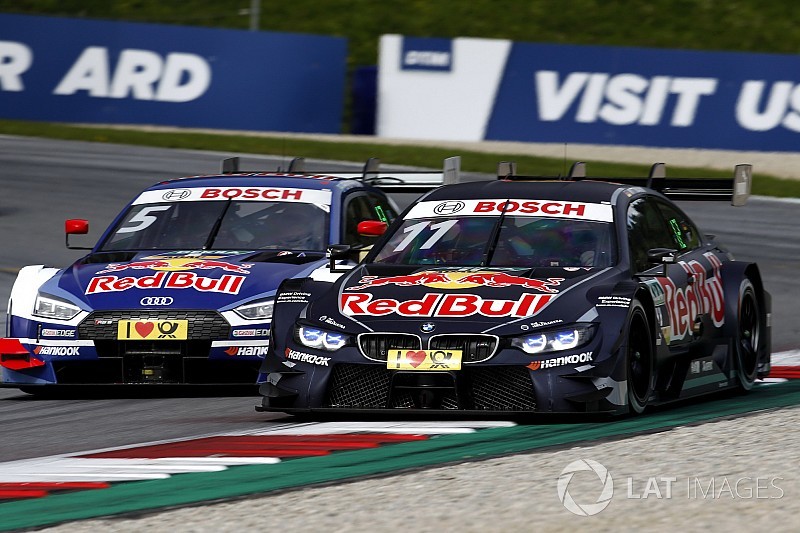 BMW motorsport boss Jens Marquardt concedes that 2019 is likely to be too soon for a new manufacturer to join the DTM and that the season will be a two-way contest between Audi and BMW.

DTM's future has been thrown into doubt by Mercedes' decision to quit at the end of the 2018 season in favour of a works entry in Formula E.

Opinions have been split over whether DTM can survive with only two manufacturers, with series chairman Gerhard Berger reckoning it can, but Audi insisting the series needs a third brand.

The departure of Mercedes has reignited talks between DTM and the Japan-based Super GT championship over a common set of regulations called 'Class One'.

In a bid to lure Japanese manufacturers to join Audi and BMW, DTM is set to adopt four-cylinder, two-litre turbo engines, as well as chassis compatible with Super GT's GT500 class from 2019.

However, Class One regulations need to be further aligned, as Super GT cars are currently designed to run endurance races, and do not use control tyres like DTM's Hankooks.

During the Frankfurt Auto Show in September, meetings with representatives from outside manufacturers reportedly took place, but BMW chief Marquardt reckons a new manufacturer would have a tough time being ready to enter DTM in 2019.

He said: "2019 will be a transition year. We need to have a look at the Class One regulations again to see whether we need to adjust them again.

"You can work the issue with only two brands for a certain time-frame, but this time-frame really is short. The clock is ticking away for 2019. We need to work on it immediately and consistently.

"We need to achieve compatibility with the Japanese. Class One has been around for quite a time and we've made only little adjustments.

"Everybody has started his development based on this and everybody has made progress. Now it's time to take it from there to the next level."

DTM has to help new manufacturers

Marquardt added that DTM needs to "lower the bar" and help potential new manufacturers to become competitive in the series.

"We need to make sure to lower the bar for new manufacturers and teams that have expressed interest in the rules and the international presence of the regulations," he said.

"So we need to improve the attraction of Class One and we need to lower the bar. This is exactly where we need to think outside the box. You just cannot risk somebody joining and them losing all the time.

"We need to make sure that newcomers get in a position in which they can have fun on the sporting side, and this needs to happen rather fast, too."

Audi boss Dieter Gass suggested selling certain parts of the new engine everybody is working on, or even having a standard engine, would help a new manufacturer to be competitive.

"At the moment, everybody is building his own engine", said Gass. "But if there is interest in joining the series we should think about selling certain engine parts to help with the first steps.

"If there were an engine with standard parts this shouldn't be an issue."