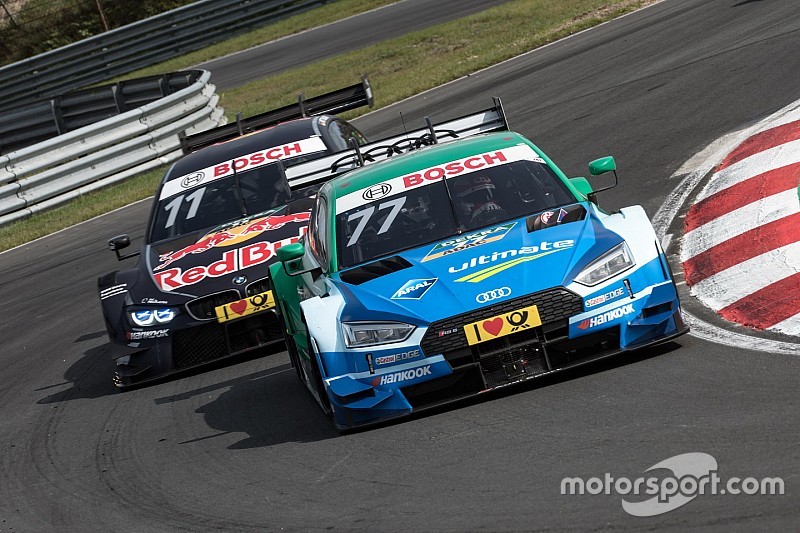 The cost of running cars in the DTM is "extremely attractive" despite Mercedes' decision to quit the series after 2018, according to Audi boss Dieter Gass.

Mercedes' impending exit has sparked debate over what the future of the DTM should look like, particularly if no new manufacturers can be convinced to join Audi and BMW from 2019 onwards.

All three manufacturers slimmed down their operations from eight to six cars over the winter, reducing the size of the grid to 18 cars, and Mercedes' withdrawal leaves Audi and BMW facing the prospect of having to field additional cars in future.

Further cost reductions were achieved for 2017 by the DTM with the introduction of extra standardised floor and suspension components, which Gass feels has made a major impact.

"If you look at the overall operation and the car costs, with the amount of common parts that we have, it’s fair to say the cost per car is already at an extremely attractive level," said Gass.

"If you want to move further along on this one, you need to look at components like the engine, which has always been a difficult item to talk about regarding common parts. So that’s a bit of a touchy item.

"I don’t think you can completely ignore the possibility, but it’s very well possible you wouldn’t find agreement on the subject [between the manufacturers]."

He added: "I don’t think there is a lot of margin [left] on the cost per car, because we have reduced costs a lot for 2017 with the introduction of the floor and suspension parts.

"In this area there is not so much margin left. Then you can look at the operational costs of running the cars, which is something we need to assess."

BMW motorsport boss Jens Marquardt agreed that the price of running cars over a season would have to be looked at in order for the series to make further headway on cost reduction.

"For sure [using more common components] has helped, and it has brought the cost down," he said. "But still running six cars… it’s not building the cars, it’s running them throughout the year that’s still on a high level.

"I think there is potential there [to lower costs], and we have to work on that."

Gass however believes that reducing staff headcount is not a realistic solution, as teams are already struggling to cope with a stricter limit that was introduced for the 2017 season.

"We have reduced it for this year, I don’t think there’s any further scope to reduce it because we already get complaints for the teams that we don’t have enough people for the weekend at the track," he explained.

"So you need to look at other possibilities [to reduce running costs]."