DTM Preview: Who will reign supreme in Germany? 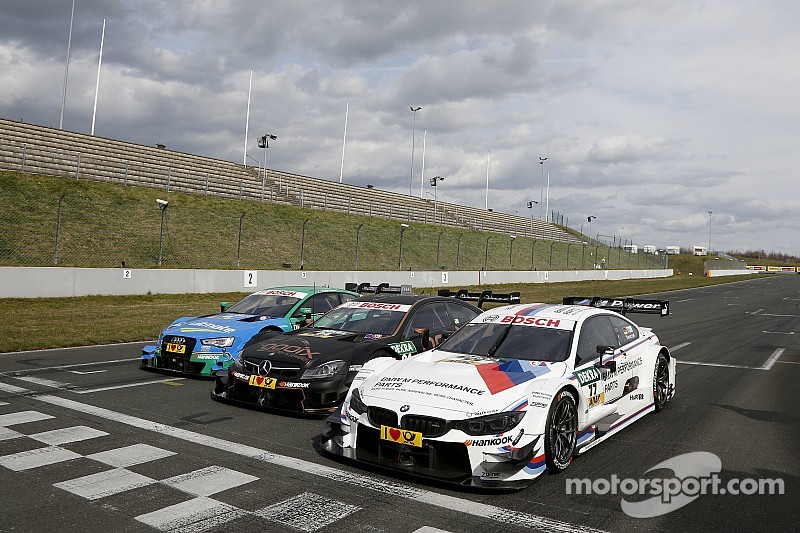 On the eve of the 2015 DTM season, Andrew van Leeuwen takes a look at all three manufacturers and picks their best hope of taking the title.

Equally surprising was how it was a Wittmann cakewalk, but not a BMW cakewalk. For much of the year it was the Audi that looked the best package, but it was like the RS5 was allergic to actually winning races. Unbelievably, it took until the penultimate round of the season for Audi to record a win, even though they comfortably won the makes' title.

And as for Mercedes, well, it was another tough year. At the circuits that suited the troublesome C-Coupe, things looked fine. But those were a little too few and far between for the Three-Pointed Star.

So, as we look towards a season with one tyre compound instead of two, and two races per weekend instead of one, how are things looking for 2015?

The BMW M4 is clearly a fundamentally good car, and with the DTM's homologation rules, that won't have changed over the winter.

What will change is that the majority of the BMW crew won't be lumped with Wittmann's success ballast, at least not at first. Unless Wittmann, who is a master of dealing with the extra weight, continues his winning streak, slightly lighter cars might help the rest of BMW's drivers fight for wins more often.

Speaking of drivers, the Bavarians made just one switch for 2015; Joey Hand is out, with Formula 3 star Tom Blomqvist taking over the eighth seat. The Briton deserves his shot at this level, and has already shown to be quick during testing.

The one to watch: You can't go past Wittmann as BMW's guy to keep an eye on. His 2014 performances, against a quality field, were sublime. He could very well win a second title this year.

Consistency is key for Audi, which has gone for a completely unchanged driver line-up for the new season.

Last year, car speed wasn't an issue. But winning was. So many times the Audi drivers were thwarted by weather, Wittmann's heroics, Mercedes finding a rare bit of form, or strategy just not playing out.

The good news is that the car speed will still be there, and the two-compound tyre strategy dilemma is no more, with a return to single-compound racing. So, expect Audi to make winning look a little bit easier this time around.

The one to watch: Jamie Green. So fast last season, but so inconsistent as well. If he can tidy things up, he could be a title contender.

It was a difficult last season for Mercedes, simply because the 2014-spec C-Coupe was a difficult car. It wasn't altogether slow – in fact, when it was quick, it was unbeatable – but it was inconsistent and way too often completely uncompetitive compared to the BMWs and Audis.

The good news is that the B-spec car that was rolled out at the tail-end of 2014 looks a whole lot better, so there is a glimmer of hope that Mercedes will be able to fight at the front more consistently in 2015.

In terms of drivers, Vitaly Petrov is out after a disappointing, points-less rookie season. He will be replaced at Mucke Motorsport by GT star Maximilian Gotz. There has been some team re-shuffling as well, with HWA scaling back to four cars, and ART Grand Prix joining the Merc family with two cars, one for Gary Paffett, and one for promising rookie Lucas Auer.

The one to watch: Pascal Wehrlein should be Mercedes' lead driver in 2015. The youngster still has F1 on his mind, and given that Mercedes opted to leave him in the DTM instead of putting him in GP2, expect the brand to throw all of its weight behind him this season.