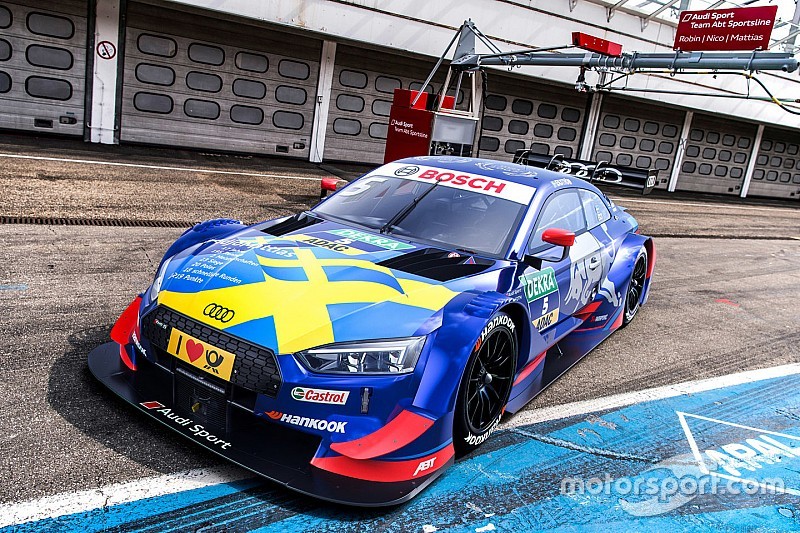 Two-time DTM champion Mattias Ekstrom will make a one-off appearance in the 2018 season opener in an additional Audi RS 5 to mark his retirement from the series.

The Swede announced over the winter he was leaving the DTM after 17 seasons to focus on the World Rallycross Championship, but as that meant he was not able to say goodbye to the German series at an event, it was arranged for Audi to run a seventh car at Hockenheim on May 5-6.

Ekstrom, who has not had any testing with the 2018-spec car and will run a special livery from his longtime DTM car sponsor Red Bull, will be ineligible for points.

“Mattias decided in the winter to end his unique DTM career – he also told us he’d very much like to say goodbye to his DTM fans in a special way,” said head of Audi Motorsport Dieter Gass.

“This is how the idea of the farewell weekend was born. For him, for the DTM, for the fans, and for Audi too, it’s great that he’ll be on the grid once more in the season opener at Hockenheim.

“There were a few obstacles to overcome, but we made the fielding of a seventh Audi RS 5 DTM possible. For our squad, this will be no mean feat.

“At the same time, everyone in the team was immediately thrilled by the idea and spontaneously agreed to support it.

“Mattias has always got used to a new car quickly – I’m sure that in his farewell race he’s not going to be cruising either.”

“I supposed I’ll be signing more autographs this weekend than normally in a full season,” said the 39-year-old. “But I’ll be happy to do that.

“It’s great that Audi is making this possible for me. After 17 tremendous years, it was an incredibly tough decision to no longer race in the DTM.

“The day it was announced was one of the most emotional ones in my career. I’m sure there’ll be plenty of goosebump moments at Hockenheim too. I’m mega excited about it already.”