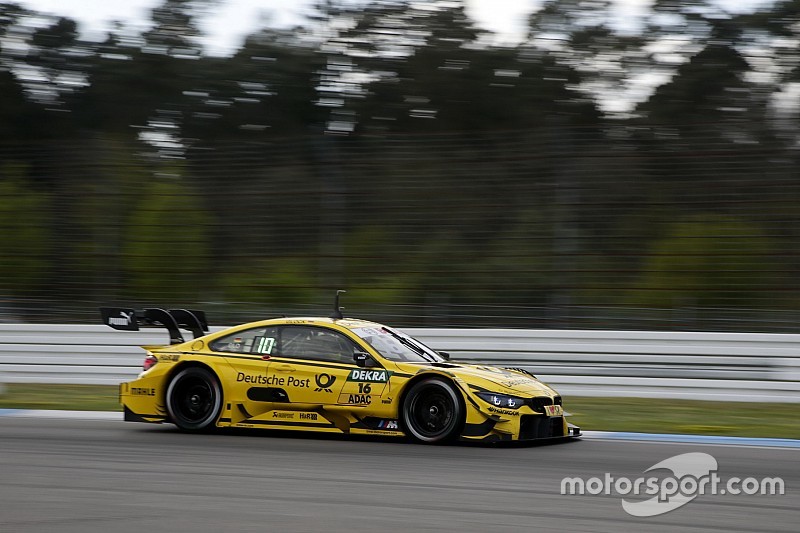 The Ex-Toyota and Virgin F1 driver ended a three-day streak for Mercedes drivers on the final day of the test on Thursday with a best lap of 1m30.201s, which came in the morning session.

Mercedes led the way on the first two days thanks to Gary Paffett, who held an advantage bigger than three tenths on both occasions, before teammate Robert Wickens repeated the feat on Wednesday.

Another Mercedes driver, Paul di Resta, went on to break the lap record during the morning session of the final day of the test, but he ended up being edged out by Glock by 0.037s.

Paffett was shuffled down to fourth, as Lucas Auer and Wickens ensured four Mercedes cars made it into the top six.

Meanwhile, the fastest Audis of Mike Rockenfeller and Mattias Ekstrom were seventh and eighth respectively, the former ending up 0.358s off the pace.

Bruno Spengler (BMW) in ninth was still less than half a second slower than Glock, as Nico Muller (Audi) rounded out the top 10.

Audi's Rene Rast, who already has three DTM starts to his name, was the fastest rookie in 13th place, just ahead of the returning Maro Engel (Mercedes).

2016 runner-up Edoardo Mortara, who left Audi for Mercedes over the winter, ended up 15th and just over a second off the pace, albeit only running on Monday and Tuesday.