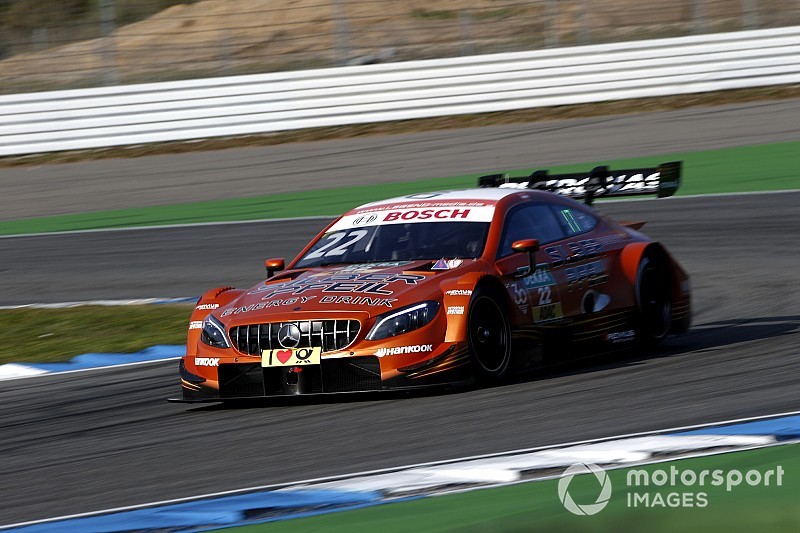 Di Resta started the weekend with a four-point lead over Mercedes stablemate Paffett, but the latter scored two points by taking second in qualifying.

Paffett was the first car to enter the track in the session qualifying and he set the first representative laptime as well, leading early on with a 1m33.118s.

BMW duo Timo Glock and Joel Eriksson both managed to move ahead of him before the mid-session lull, the former Formula 1 driver the only one with a sub-1m33s time.

But Paffett was again early as the second runs began and lowered his benchmark to retake first with a 1m32.737s.

Neither Audi pair Nico Muller nor Rene Rast could beat Paffett's time, but Auer eventually went 0.102s faster during the final minute of the session, the Austrian taking his third pole position of the season.

Glock was third but will only start eighth due to a five-place grid penalty for getting his third warning last time out in Austria.

Fourth-placed Rast, who is 30 points down on di Resta and still has an outside shot of the title, will start third as a result alongside Augusto Farfus.

Muller and Phillip Eng were sixth and seventh in qualifying, but the latter was given the same penalty as Glock and will only line up 12th on the grid.

As a result, Di Resta, who was only 0.290s off the pace but eighth in the order, and Robin Frijns (Audi) became the biggest beneficiaries of the two penalties as they will start sixth and seventh respectively.

Edoardo Mortara (Mercedes) completed the top 10 in the session and will start ninth behind Glock and ahead of Eriksson.

Marco Wittmann (BMW) crashed in morning practice and his car couldn't be repaired in time for qualifying.