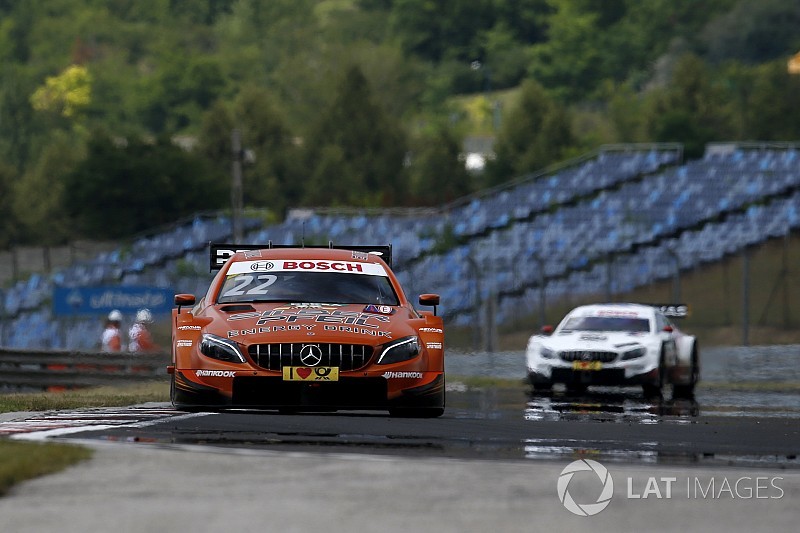 Lucas Auer took his eighth DTM pole position on Sunday at the Hungaroring, as a dominant Mercedes team locked out the top five.

Just six minutes into the session, Paul di Resta already beat his Saturday pole time with a 1m37.391s, only for BMW's Timo Glock to surpass him by 0.008s towards the end of the opening runs.

Glock, who entered Hungary as the championship leader but dropped behind Gary Paffett as BMW struggled on Saturday, remained on provisional pole until the final minute of the session - when Audi duo Rene Rast and Robin Frijns relegated to him to third.

Rast's lead was short-lived as Pascal Wehrlein lowered the benchmark by nearly three tenths with a 1m36.780s as the chequered flag fell.

But Wehrlein's first pole since his return to DTM was then denied by Auer, who beat the ex-Sauber Formula 1 driver by 0.063s with a 1m36.717s.

Wehrlein had to settle for second, ahead of three more Mercedes drivers in the order of di Resta, Edoardo Mortara and Paffett.

Rast was best of the rest as Daniel Juncadella took seventh as the slowest of the six Mercedes cars.

Glock ended up eighth, heading the BMW contingent in what was another disappointing outing for the marque - with the other five BMW drivers ending up in the final seven places.