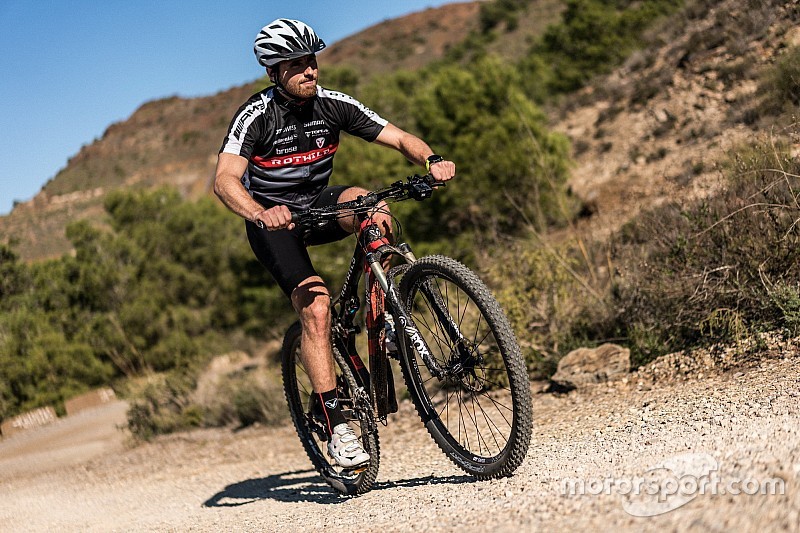 The Spaniard, who was recalled to Mercedes’ race line-up for its final year in the category after switching to a reserve role for 2017, has already started his rehabilitation after undergoing an operation on the injury.

He expects to be able to take part in next week’s official pre-season test at Hockenheim before working to recover to full fitness for the start of the season next month.

“I’ll take it easy to begin with, and I’ll also have my doctor there,” said Juncadella, who described it as “a small accident”.

“The decisive factor will be how I feel in the car – including checking to see if, for example, the seat belts are pressing too hard on my collarbone or on the scar. But I’m optimistic we can cope.

“In the week after the test, the stitches will be removed, and I’m convinced that I’ll get fit enough to start the season [on May 4-6].”

Juncadella said he feared for his season when the injury was first diagnosed, even though he had been able to continue riding following the fall.

“I wasn’t going fast at the time, but I took a tumble,” he added. “It seemed like only a minor mishap, so I just rode on.

“When I got back from the outing I realised my collarbone wasn’t in the right place – that came as a shock. It was strange because up to then I hadn’t felt any pain.

“My only thought was, ‘Oh man, maybe the season is already over for me’, but luckily it wasn’t that bad, and 48 hours later I was doing as well as can be expected in the circumstances.

“Of course this is not the ideal start to the season, but luckily it was attended to very quickly and there were no complications.”