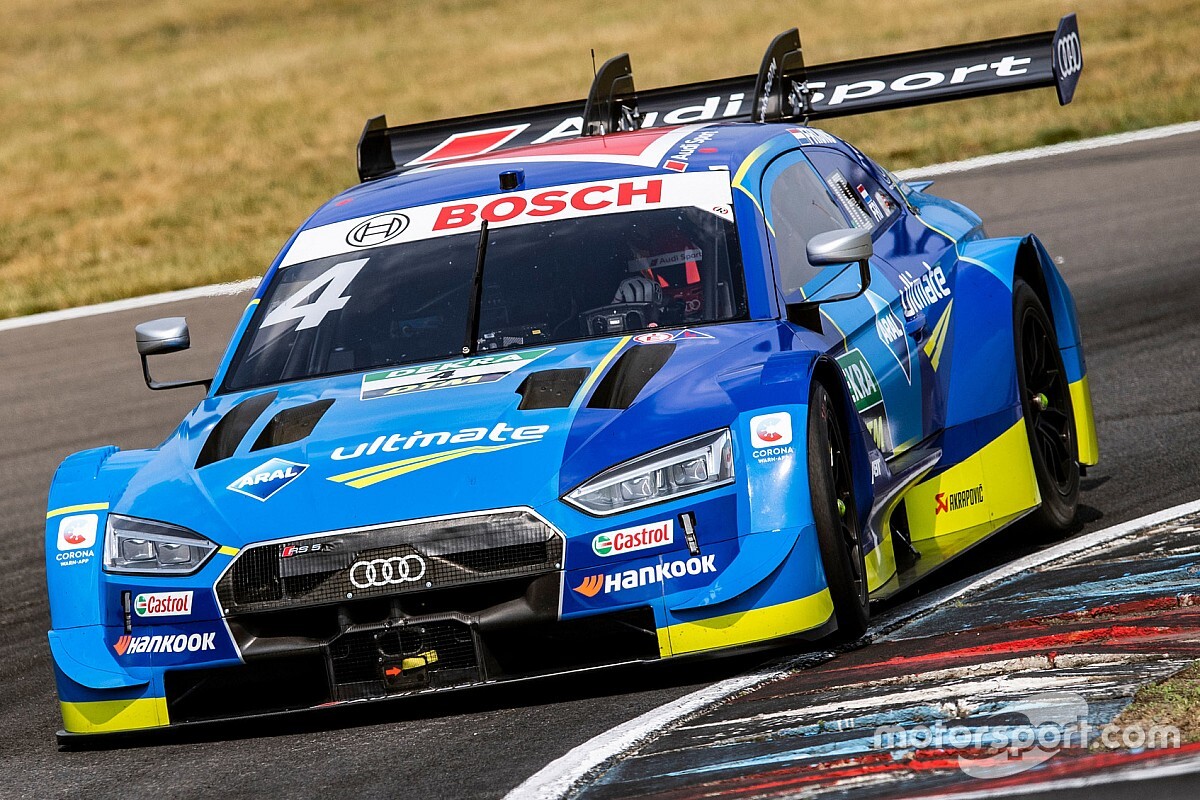 BMW drivers led the 20-minute qualifying session early on, with Philipp Eng setting the first competitive time of 1m16.871s to move atop the leaderboard.

That was bettered by first Lucas Auer and then Marco Wittmann, before Muller put Audi at the head of the timesheets with a 1m16.032s.

Muller improved by 0.059s to snatch back the top spot, only for Frijns to go even quicker with a  1m15.787s on his last attempt to score his third pole position in four races.

The top three remain unchanged thereafter, with Muller qualifying second ahead of Rast - the trio separated by just over a tenth of a second.

Fresh from securing his first points finish of the year in Race 1, Ferdinand Habsburg qualified his WRT-run customer RS5 in an impressive fourth position, ahead of the factory Audis of Loic Duval and Mike Rockenfeller.

After an improved showing on Saturday, BMW slipped outside the top five in qualifying, with Marco Wittmann the marque’s highest representative in seventh, half a second down on Frijns’ pole time.

He was followed by the WRT Audi of Harrison Newey, who was promoted to the final points-paying position in Race 1 after a penalty for Rockenfeller.

Eng, Timo Glock and Auer were the three factory BMW runners to qualify outside the top 10, as ART driver Robert Kubica once again propped up the field in 16th.