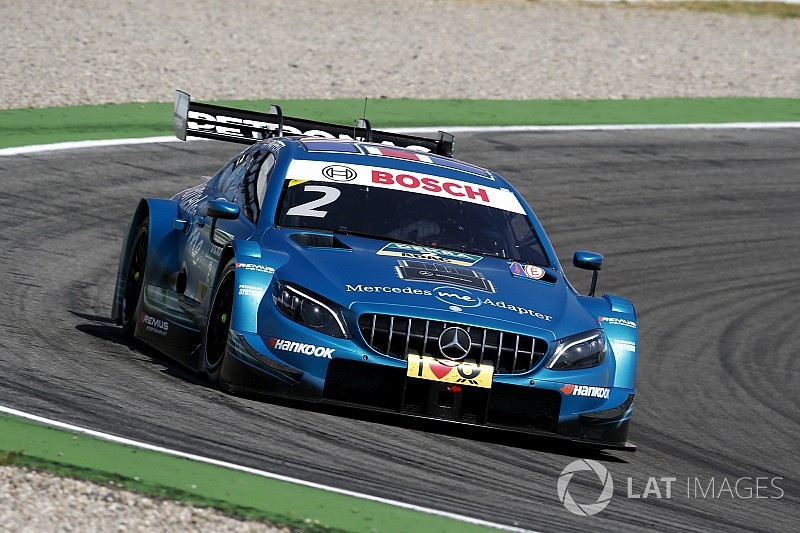 Gary Paffett says it is frustrating that he and Mercedes are competitive when it will leave the DTM at the end of the 2018 season.

Paffett starred in the season opener at Hockenheim, converting pole position into victory in the opener. He then finished third in the finale after a close fought-battle with Timo Glock for victory.

Paffett's charge was aided by the 2018 regulations that have mandated a common aero package and simplified suspension, helping end Audi's dominance from last year.

The Mercedes driver says its new-found form only makes the impending exit in favour of Formula E all the more difficult.

"It is frustrating obviously, that we are winning this year and doing well," he said. "It's just how it is, we try to be exceptional every year.

"It's just the way the rules have gone that have made us able to compete in the way that we are.

"It was difficult with the budget the other teams were putting in on aerodynamics and made it tough to compete.

"This year with the aero it's a much more level playing field and it shows."

Paffett added that he felt he had to apologise to Mercedes for losing second place to Audi's Mike Rockenfeller as a consequence of his battle with Glock in the second race.

The 2005 DTM champion used all his allocated DRS chasing Glock and faded at the end of the race having spent 10 laps fighting door-to-door with Glock.

But Paffett says that even though he apologised to Mercedes, he would not change his approach.

"I wasn't prepared to sit in second [behind Glock], I knew we had the pace," he said. "But it was about overtaking and getting that second gap on the rest of the lap and we aren't quite there yet.

"We haven't got that much pace to gain and that's what was frustrating. I think if I'd got in front and found that gap it would have been comfortable.

"I couldn't quite get a second ahead and I had to defend which made it difficult. I said to the team on the way in, 'I'm sorry, I lost a place basically, but I'm sorry you'll never going to be able to stop me doing that. So just live with it.'

Why Audi has dropped down DTM's pecking order