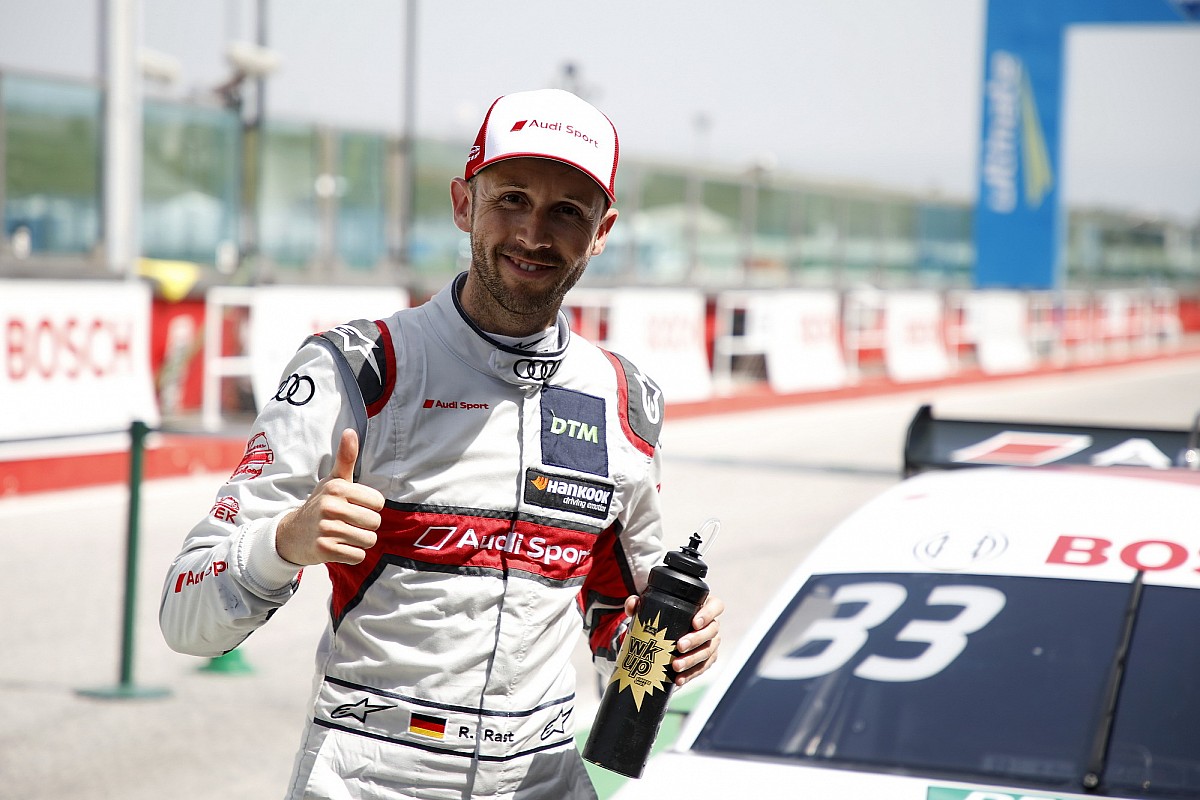 Audi's Rene Rast made it a clean sweep of pole positions at Misano ahead of Sunday's finale, while Ducati MotoGP rider Andrea Dovizioso nudged the barriers after an early error.

Dovizioso made a mistake on his first flying lap at the tight Turn 14 hairpin, locking up and drifting wide into the gravel before gently touching the barrier to cause a red flag.

After asking for assistance in reversing the WRT Audi out of the gravel, Dovizioso continued and rejoined the session when the green flag was waved.

The early delay meant Rast did not repeat his Saturday strategy of setting a banker lap in the first runs in order to conserve tyres.

Rast placed second after the first runs behind Audi stablemate Robin Frijns, with the provisional polesitter deciding against making a second run.

The DTM championship leader then fired in a 1m25.384s lap in the final minutes of the session to jump ahead of Frijns by 0.070s.

Audi again dominated the timesheets, this time by locking out the top five positions.

Jonathan Aberdein secured third on the grid for the WRT Audi squad ahead of Nico Muller, while Pietro Fittipaldi took his best qualifying result by sealing fifth.

Saturday race winner Marco Wittmann was the leading BMW in sixth place ahead of Loic Duval.

BMW's Joel Eriksson retired with a technical problem in Saturday's race, but recovered to lead the times during the first runs before eventually settling for eighth.

Philipp Eng was ninth ahead of Timo Glock, who set a late best lap after failing to see a competitive time during the first runs.

Dovizioso would eventually take 14th, lapping 1.3s off Rast's benchmark, placing behind Mike Rockenfeller and Bruno Spengler on the grid.