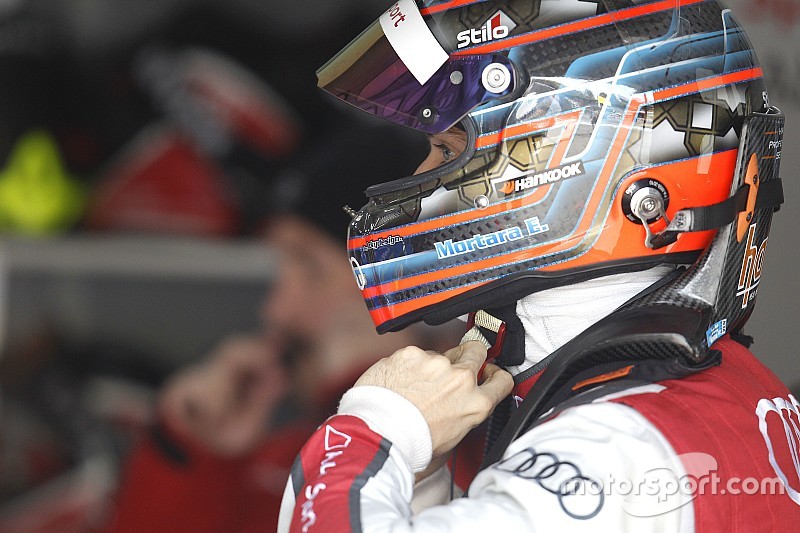 DTM championship runner-up Edoardo Mortara admits he is still bitter of the penalty that had been assessed to him at Zandvoort.

Audi driver Mortara missed out on the 2016 title to BMW's Marco Wittmann by just four points.

He had four non-scores throughout the 18-race season, one of them brought on by a drive-through penalty for allegedly speeding during the Virtual Safety Car.

DTM's governing body DMSB later admitted there were "probably deviations" between the series' GPS measurements and the GPS data available to Audi, with the Ingolstadt marque insisting it was a "mistake" and "hard to accept".

Audi's Dieter Gass commented then: "This is really bitter because, as a result, Edo lost at least eight points which might decide the championship at the end of the season."

Speaking after his victory in the final race of the campaign at Hockenheim, Mortara said: "It's a mix of feelings, obviously. It's nice to have won the fifth race this season.

"And I was on the podium and thinking, it's incredible [that] after winning five races you cannot clinch the title.

"I'm proud of what I did this season. For sure, there will be hard feelings about what happened in Zandvoort and after.

"But I think I will have to move forward and try to forget about it."

Gass added: "The ultimate disaster has occurred... In the drivers’ classification, we’re lacking fewer points than those that Edoardo Mortara unjustifiably lost at Zandvoort.

"This is a really bitter pill and hard to digest."

Losing to Wittmann not so painful

Despite his disappointment at missing out on a maiden DTM crown, Mortara said that Wittmann was as deserving a champion as the Italian himself would've been.

The duo were teammates in the French team Signature in F3 Euro in 2010, when Mortara won the title and Wittmann finished runner-up.

"I have to say, also, congrats, you know, to Marco," Mortara said. "If I'm happy about one guy beating me, actually, it's him. We were teammates, we were actually pretty good friends.

"He did a tremendous job this year, he deserves probably as much as me to win this championship."

"In a way, you know, to lose against him, it's a bit of a better feeling than to lose against, for example, Timo Glock," Mortara concluded jokingly, having clashed with Glock in the Saturday race.