Muller: Important to prove myself against GT3 experts in Monza

Factory Audi driver Nico Muller says he felt it was important to ‘prove myself’ against established GT3 runners after finishing on the podium in the DTM season opener at Monza.

Muller has been a regular in the DTM since 2014 and was one of the top performers on the grid in the short-lived Class One engine era, narrowly losing out on last year’s title rival to Audi stablemate Rene Rast.

However, the Swiss driver has repeatedly stated the DTM’s switch to a new set of regulations has put him in a theoretical disadvantage to ‘GT3 specialists’, saying those drivers “won’t be easy to beat" this year.

Muller isn’t completely new to GT3 machinery and even won the Nurburgring 24 Hours in 2015 with the Audi R8 LMS, but has primarily raced in Class One-spec DTM and Formula E in recent years.

The 29-year-old said his second-place finish in Monza behind Audi stablemate Kelvin van der Linde - a regular on the GT3 scene since 2014 - showed that he can perform as well in GT3 cars as Class One machines, despite the added challenge of competing with a new team.

“The car obviously today was on point, we could fight for the win,” said Muller, who switched from Abt Sportsline to Team Rosberg over the winter. “Kelvin had great pace, he deserves that win very much. I think where we came from, P4, with the battles that I had to go through in the first stint, P2 was the maximum.

“It’s been important for us to start this new adventure in positive way because yes it’s DTM, yes we feel like we are a part of this since a long-time and we have a lot of experience, but somehow it feels like at the beginning of this season everything is back to square one. But that’s partly obviously because of the new cars and there’s some guys out here who know these cars very very well.

“I wouldn’t say I was inexperienced in them, but still you have to prove yourself from zero again and I’m very happy for the whole team that we managed as a new combination, new driver-team pairing with cars that the team doesn’t know at all. To come here and perform was very important, and I look forward to the next battles.”

Muller raced for Team Rosberg during his first two years in the DTM before moving to Abt in 2016, but 2021 marks the first time the squad has returned to privateer status since it joined the Audi stable in 2006.

The outfit led by Kimmo Liimatainen has also had to adapt to GT3 cars after running Audi's purpose-built DTM cars for well over a decade.

Asked what was the biggest challenge for him and Team Rosberg in 2021, Muller said: “Obviously it’s understanding the package of car and tyres. I think it’s something that none of us have really experienced before.

"Some have done thousands of kilometres in these particular cars, but in different configurations. That for us was the most important thing and also gelling as a team.

“I have known Team Rosberg for a long time and have driven for them before but since then the personnel have changed a lot, so it was important to straight away get into a good rhythm and we managed to do so.

“I think these guys have proven that they are very capable in the past and they are very hungry to prove that as well in this new era of DTM, and that goes for me as well, and this common motivation makes us very very hungry. I'm looking forward to seeing what we can do.” 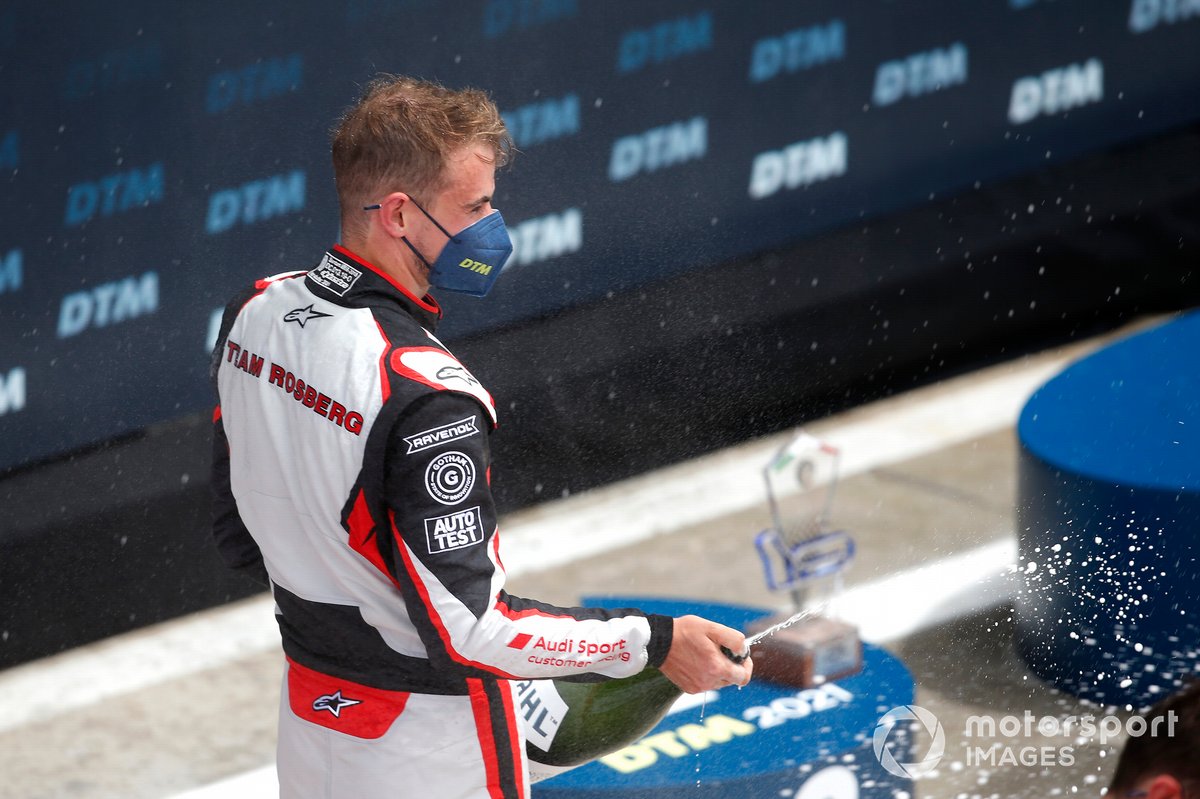 Deletraz switches from Prema to Team Turkey for 2023 ELMS season

Muller will look back at Audi stint with "golden memories"