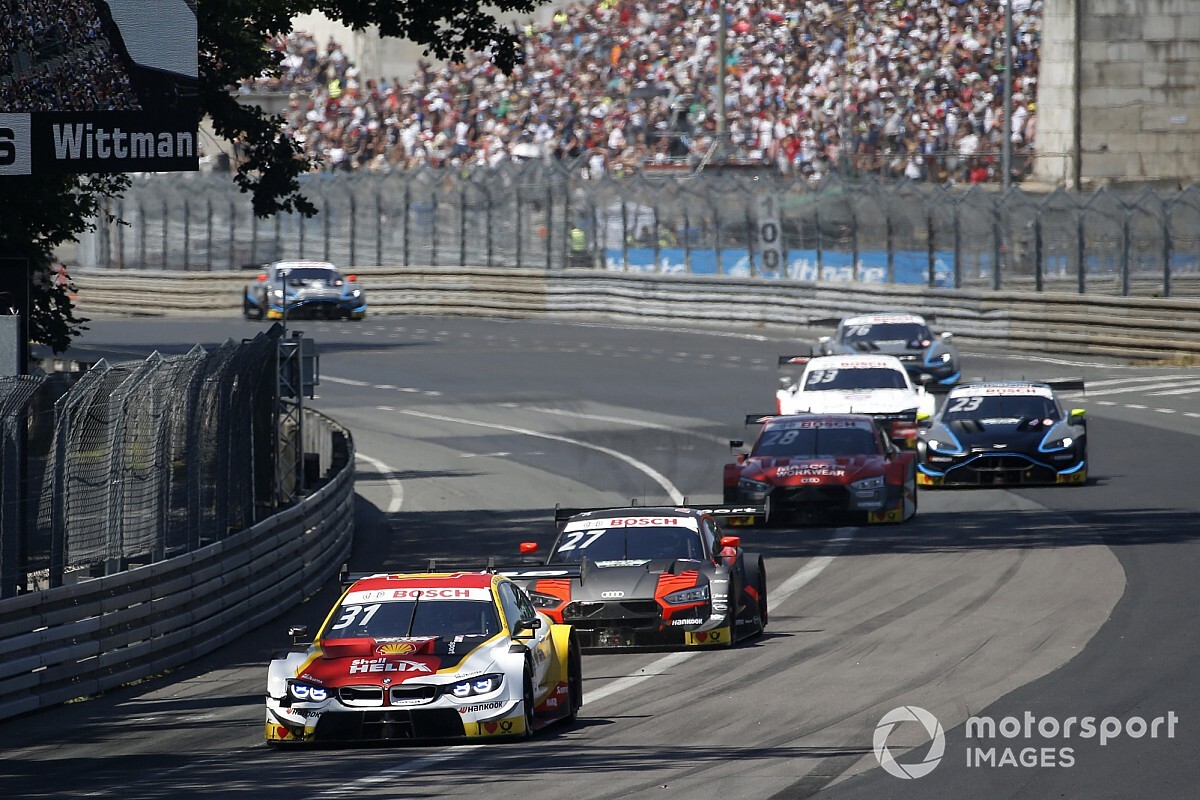 The DTM is still aiming to kick off its 2020 season at the Norisring in July, despite the obvious hurdles in hosting a street race during the coronavirus pandemic.

Norisring was earmarked as the opening round of the 2020 season in the latest version of the DTM calendar released in March, but it soon became evident that the event would be difficult to pull off due to coronavirus-preventive measures in Germany.

However, it has now emerged that the Norisring race is likely to go ahead as planned on July 11-12, four weeks after the official pre-season test at the Nurburgring on June 8-11.

The gap between the two events would give Audi and BMW just enough time to prepare the cars and transport them to the Nuremberg street circuit.

Hopes of the Norisring hosting the opening race of the DTM season have been boosted by a football match played by 1. FC Nurnberg in the adjacent Max-Morlock Stadium on May 22.

“If Nurnberg can hold a ghost game, then in my opinion you can also hold a ghost race," Abt Sportsline boss Thomas Biermaier told Motorsport.com. "I don't really see a problem there."

"Hopefully we'll find a way, because the Norisring belongs to the DTM, and it would be great if we could start the season there."

Constructing the temporary facilities required to host the Norisring race will require 100,000 euros of funding, even though grandstands and TV screens will not be needed this year.

It is understood that DTM promoter ITR will foot this bill, as track promoter Motorsport Club Nuremberg normally relies on ticket sales to fund the race - an option not available to it this year.

As previously reported by Motorsport.com, the DTM will primarily race in its home market of Germany this year, with some circuits likely to host back-to-back rounds.

However, it is understood that ITR is not ruling out events in other parts of Europe, with Zolder, Assen and even Monza some of the options with the promoter should the coronavirus situation improve significantly over the coming months.

Like other championships, the DTM will host its opening rounds behind closed doors, but the series could open races to spectators later in the year.

"Races would be important for everyone," Biermaier said. "For the teams, for Audi, for the DTM, for the fans. Even if it's just a few races for the TV audience, it would be nice if we could manage a farewell [Audi] tour.”