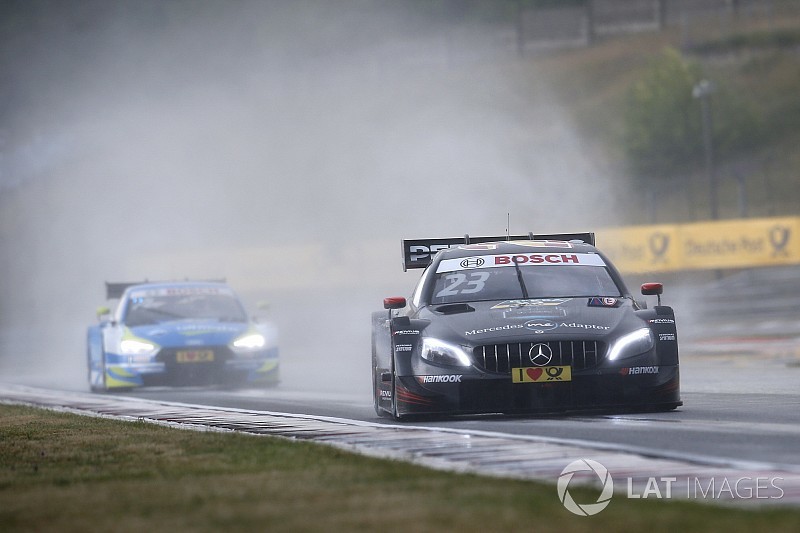 The second race of the Hungaroring DTM round has been red-flagged due to a number of serious incidents in the pitlane.

Rain started falling heavily a few laps into the race, prompting many of the drivers to dive for the pits to change onto wet-weather tyres.

But the pitlane was exceptionally slippery, and early race leader Lucas Auer was unable to stop his Mercedes at his box, appearing to hit a marshal as he made contact with the pit garage wall.

On the same lap, Bruno Spengler could not halt his BMW, and a number of his mechanics were sent flying - although all of them were reportedly okay.

On the following lap, Edoardo Mortara brought his Mercedes into the pits but slithered straight into his pit gantry, knocking it down into the pitlane.

In a statement, the DTM confirmed that "an injured marshal has severe leg injuries. Two further persons have medium-level injuries. None of the injured persons is in critical conditions, they are all being transported to hospital."

Pascal Wehrlein had taken the lead from Mercedes teammate Auer on the fifth lap, and he will be leading the race when it restarts.