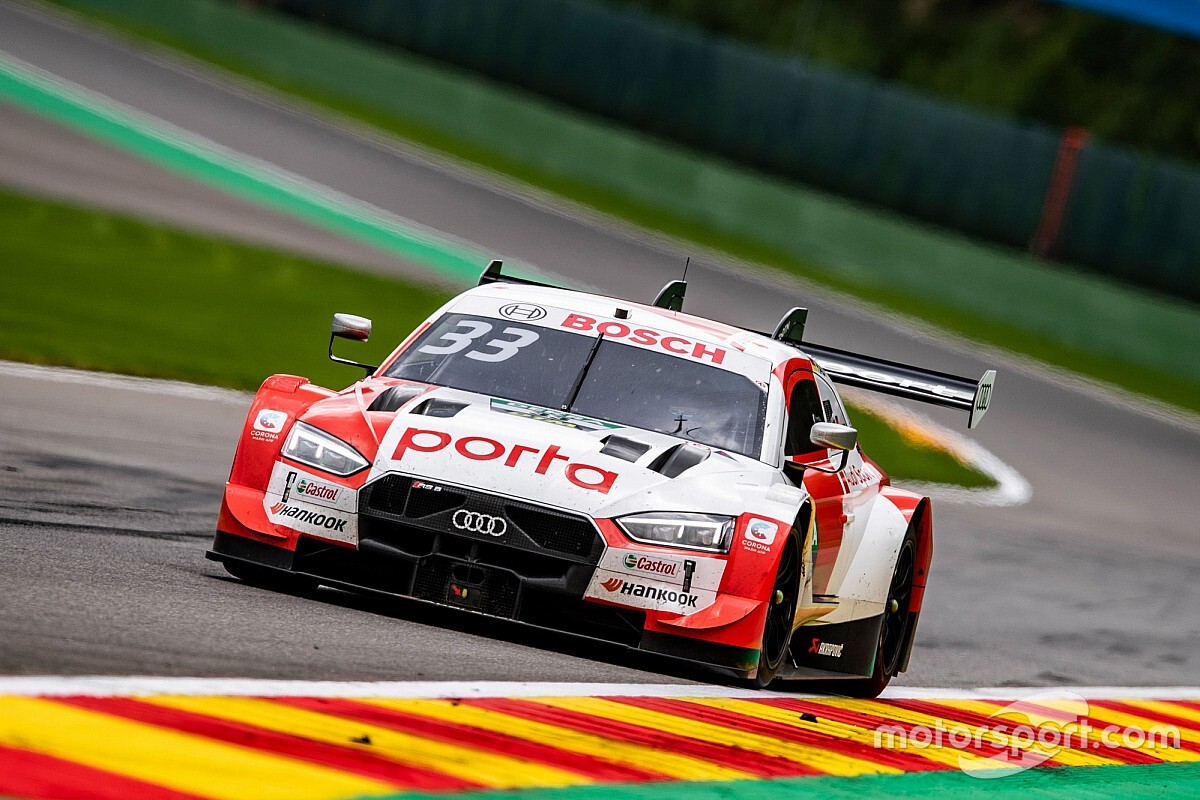 Rene Rast has been stripped of the victory he scored in the opening round of the DTM season at Spa-Francorchamps after being found guilty of using push-to-pass in an illegal manner.

Two-time DTM champion Rast passed Nico Muller for the lead in the second race at Spa, and successfully defended from his Audi stablemate in the closing stages to claim a narrow win.

However, on-board footage from the race revealed that Rast was able to deploy P2P on laps 24 and 25 of 26, even though the overtaking aid cannot be used by the race leader.

The DTM summoned Rast ahead of this weekend’s season round at Lausitzring, and it was eventually decided to hand him a 10-second penalty for the infringement.

This drops Rast to third in the final classification, behind new race winner Muller and second-placed Robin Frijns.

Team Rosberg has decided not to appeal the decision.

A statement from the DTM read: "As the Deutscher Motor Sport Bund (DMSB), the authority responsible for ensuring that the regulations are adhered to, announced after the hearing on Friday, 14th August, Rast had activated the push-to-pass system twice during the race at Spa on Sunday while in the lead.

"According to the regulations, this is not allowed. In the post-race verification of the vehicle data, which is always done in the week after the race, the infringement became apparent. Subsequently, Rast was given a ten seconds’ time penalty as a replacement for a pit stop penalty.

"As a result, the defending champion drops to third in the classification behind his fellow Audi drivers Nico Müller and Robin Frijns (NED), after René Rast's team (Audi Sport Team Rosberg) decided not to appeal."

Although the DTM has yet to explain how the push-to-pass system became available for Rast, Motorsport.com understands that it was likely due to a connection failure between the Malmedy and Bruxelles corners - which are the farthest from the start/finish straight.

Because of the dead zone between the two corners, the system switched to a manual mode, making the P2P boost available to Rast irrespective of his position.

Teams had been aware of this issue as early as Saturday morning of the race weekend.

“I’m naturally disappointed that the 10-second penalty has cost me my victory at Spa," said Rast. "I instinctively pressed the Push-to-Pass button when the system indicated that I could use Push-to-Pass. It’s been proven that I did not gain any advantage from using it.”

Dieter Gass added: “We accept the decision of the stewards. I am disappointed about the ruling. René Rast did not gain any advantage.”

Rast’s penalty ensures a clean sweep of victories for Muller at Spa, the Abt Audi driver having also triumphed in the opening race on Saturday.

Muller now sits 23 points clear of second-placed Jamie Green, with Rast slipping to third in the standings, one point adrift of Green.